Councilman Jumaane Williams, who has been a prominent critic of the NYPD’s controversial stop-and-frisk policy and made headlines with his arrest at last year’s West Indian Day Parade, said the guilty plea of an officer charged with civil rights violations stemming from a stop in April 2010 was “a small show of justice” and showed the department has a “policing culture that cultivates racist and sexist mentalities in some of its officers.” He also renewed his call for Mayor Michael Bloomberg and Police Commissioner Ray Kelly to take action on stop-and-frisk.

“The silence from Mayor Bloomberg and Commissioner Kelly is deafening on this issue, and it is beyond offensive. At this point, I think it is fair to view it as a lack of respect not only for the black, Latino, Caribbean and Muslim communities of New York City, but for all human beings who deserve basic decency,” Councilman Williams said in a statement. END_OF_DOCUMENT_TOKEN_TO_BE_REPLACED 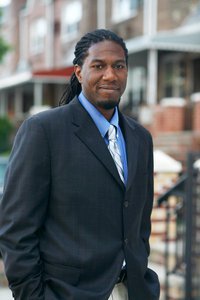