In addition to creating a viral movement based on Hope and targeted to younger voters, the 2008 elections also began a horrible trend: comedians and celebrities making “edgy” political comedy videos. Previously regulated to the cold openings on Saturday Night Live, suddenly everyone and their mother had a Sarah Palin impression. Sometimes it worked. Most of the time it didn’t.

Now Justin Long is reminding us just why election season is so unfunny with a parody mash-up of Mitt Romney and The Office. It’s way less funny than either of those things separately…and that’s saying a lot.


Why is Justin Long in such old-man makeup? He makes Romney look like Ronald Reagan. Or is that the point: behind the terrible “you’re fired” humor, is this actually a subtly brilliant satire of how Republicans all long for the Reagan years? Discuss! 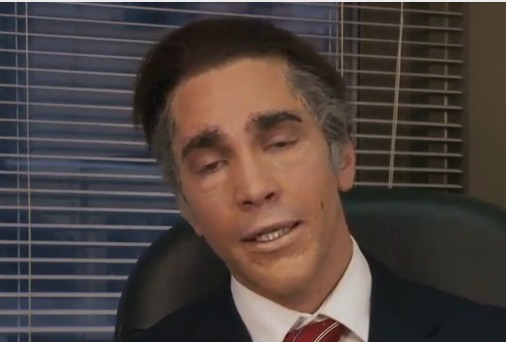