Republican Committee members from Mercer, Somerset, Hunterdon and Middlesex counties who represent the 16th legislative district will gather for a special convention on January 19th.

That’s the date set for the GOP to pick a successor to the late Assemblyman Pete Biondi (R-16), who died two days after Election Day.

Spadea is running an aggressive against-the-machine bid for support.

Simon has the backing of the GOP establishment. 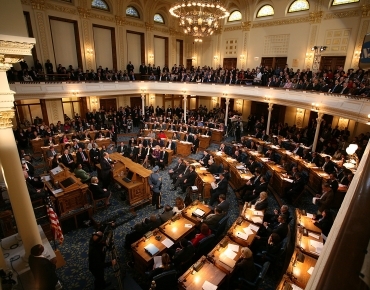