Gawker Media publisher Nick Denton occasionally sends out missives for his company that usually contain a little bit of insight into the way his company is trending, which media watchers tend to obsess over like it’s The Bible Code, looking for prophecies about the future of their industry from the blog network’s fearless leader.

This one, released two hours ago, is already no different.

The Observer was just forwarded the memo, in full. It reads (favorite-parts-emphasis ours):

I’m sending this out on behalf of Nick, who is currently favela paintballing in Brazil:

“For most things in life, the range between best and average is 30% or so. The best airplane flight, the best meal, they may be 30% better than your average one. What I saw with Woz was somebody who was fifty times better than the average engineer. He could have meetings in his head. The Mac team was an attempt to build a whole team like that, A players. People said they wouldn’t get along, they’d hate working with each other. But I realized that A players like to work with A players, they just didn’t like working with C players. At Pixar, it was a whole company of A players.”

Sorry, yeah, that’s from the most quoted man of 2011, Steve Jobs. And it’s conventional wisdom in Silicon Valley. But I’ve got to confess: the Apple boss’ homily inspired a more rigorous than usual review of editorial at the end of the year. Superior writers, videographers and other content makers want to work with their own kind and for their own kind.

That’s you, in case you didn’t realize. Look at the esprit de corps of Deadspin under AJ. It’s the golden team of sports journalism. Look at the obscene array of talent at Gawker right now. Our sites have assembled the strongest collection of journalistic talent on the web today. Sure, we know how to play the web game like Buzzfeed and Huffington Post. We measure. We hone headlines. We sell stories. Sometimes we oversell. But — and this marks us out — we believe that the best web content optimization strategy is something as old as journalism itself: the shocking truth and the authentic opinion.

We’ll spill the truths that others gloss over to protect their access to sources or to conform to political correctness. Original thought (or Campfire groupmind) is muffled less. Think of Matt Buchanan’s stoned Friday evening truth bomb or Deadspin’s reporting of the Penn State scandal (more 2011 scoops at the end of this memo). There’s a new catchline on the media kit: Whatever we think. Whatever we know. That’s what we’ll publish. And that willingness defines not just our pitch to advertisers but our editorial mission.

Okay, enough institutional self-congratulation. This renewed recognition of editorial flair: What does it mean for you?

1. The annual review process. As I hinted above, a focus on extraordinary talent was key to the annual reviews. We looked not just at an individual’s audience appeal but at their reputation among colleagues and contribution to the site’s reputation. And these evaluations were more than the usual corporate kabuki theater. As part of the exercise, we have triggered some 20 promotions, reassignments and (yes) departures across the 8 sites. The latest change: Stephen Totilo is taking over as editor-in-chief of Kotaku, announced earlier this week.

2. Retention. The company has to appreciate talent with more than nice words. It’s no wonder that new ventures such as The Daily look first to Gawker Media when staffing up. We should not wait for a poaching expedition to pay someone what they deserve. I apologize if that has been the case and will do better in 2012. During this review, we have delivered raises and promotions in recognition of achievement and ability, and we will continue to do so.

3. Career development. In the past, writers might have seen a stint at Gawker Media as a step toward a cushy job at a magazine or some other part of the journalistic establishment. But traditional prospects for journalists look murky now, and the old-line media look much less appealing. At the September all-hands meeting, one question came up often: what career path can Gawker offer? Back then, I said that people could grow their roles by growing their audience; Jessica’s position at Jezebel is much more significant, for instance, than was her role as Gawker’s lead writer in 2005. But we can also provide career development through internal promotion. When we’ve been looking to fill positions, it’s been striking how much stronger our in-house talent pool is than the writers outside. We’ve never been ones for the big-name press-release-ready hire. We never will be. Three-quarters of our sites — Kotaku, Gawker, Jezebel, Deadspin, Gizmodo, Lifehacker — are led by editors who built their careers within Gawker Media. That’s the career path.

4. Goals. Some people will note I’ve said little about individual traffic numbers. Don’t relax just yet: the numbers remain important. But they’ve always been components of a larger goal: the site’s sustained overall appeal to its audience. A site like Deadspin has long used a mix of contributors, some drawing the mass traffic with dong shots, some appealing to a smaller and more influential set of readers. That is a mix we’ll see more of. If the site as a whole is growing in both audience and reputation, we can afford for some writers to take time off from the news grind to work on a story or opinion piece that will transform the debate or win the internet. It’s more satisfying both to writers and readers that way. Relentless and cynical traffic-trawling is bad for the soul. Yes, I just said that.

5. Discussion. There’s one big technical development that underlies this shift: Pow-Wow. The new comment system (coming in the spring) is designed to promote intelligent discussion. And there’s no better way to spark intelligent discussion than by publishing an intelligent article. We plan to make the new discussion areas civil enough to encourage authors, experts and celebrities to come in for open web chats. But writers should feel the comments are a place that you can develop your points with your sources, tipsters and friends. You should be looking forward to seeing the reaction to your article, not avoiding toxic commenters. So we’ll radically overhaul the comment system technically to keep interesting conversations from being derailed. And we’ll reduce the pressure to churn out throwaway blog items. In return, you bring your best information and insight to the original article and the conversation that follows.

More big stories from 2011:
The DIY Wizards of San Quentin [Gizmodo]
Why Is China Building These Gigantic Structures In the Middle of the Desert? [Gizmodo]
How to Break Into a Windows PC (And Prevent It from Happening to You) [Lifehacker]
Facebook Is Tracking Your Every Move on the Web; Here’s How to Stop It [Lifehacker]
Married GOP Congressman Sent Sexy Pictures to Craigslist Babe [Gawker]
The Underground Website Where You Can Buy Any Drug Imaginable [Gawker]
Can You Tell The Difference Between A Men’s Magazine And A Rapist? [Jezebel]
Fashion Industry Salivates Over Creepy Photos Of 10-Year-Old French Girl [Jezebel]
The Modern Warfare 3 Files: Exclusive First Details on the Biggest Game of 2011 [Kotaku]
New Nintendo Console Debuting At E3 This June, Launching In 2012, More Powerful Than Xbox 360 and PS3 [Kotaku]
Why did your zodiac sign change? We asked the astronomer who started it all [io9]
10 Psychological States You’ve Never Heard Of — And When You Experienced Them [io9]
The Somewhat Romantic Story Of Mark Sanchez And A 17-Year-Old Girl [Deadspin]
The Truth About Race, Religion, And The Honor Code At BYU [Deadspin]
Exclusive: This is the 2014 Chevy Corvette [Jalopnik]
How The Detroit News Sold Its Soul [Jalopnik]
Lindsay Lohan’s Playboy Shoot Leaks Online [Fleshbot] 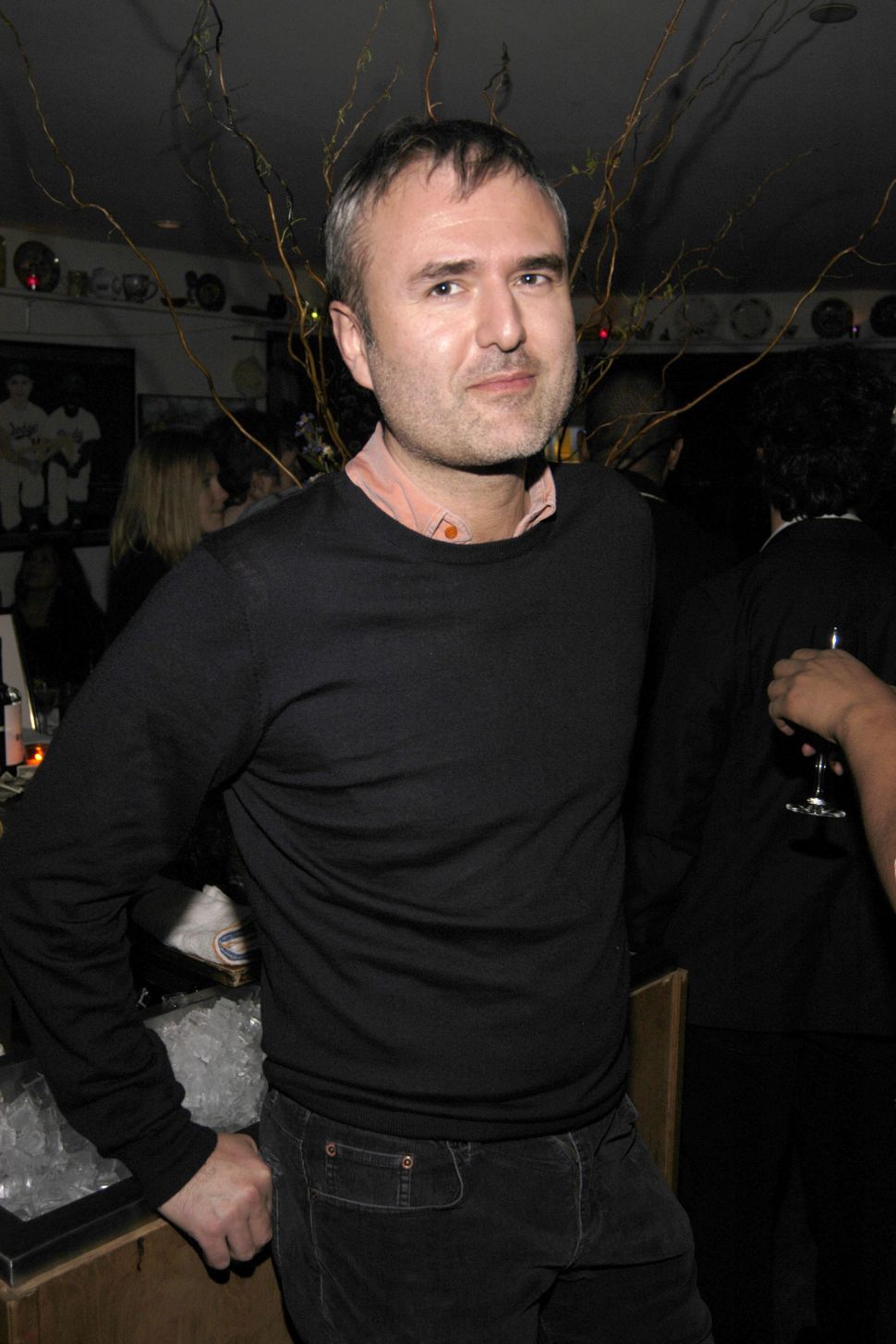