It’s 2012, and the specter of Christopher Hitchens‘ Vanity Fair essay about women in comedy is still haunting the Internet. Its latest incarnation is in the form of The New York Times‘ comedy critic Jason Zinoman‘s profile of Eddie Brill, the longtime comedy booker for The Late Show with David Letterman.

In the article, Mr. Zinoman touched on several unsavory facts of the late night industry and of Mr. Brill himself, including a quote from the booker that’s been highly circulated as further proof that men in comedy are misogynistic. “There are a lot less female comics who are authentic,” said Mr. Brill. “I see a lot of female comics who to please an audience will act like men.”

Cue the the three-ring circus.

Over at Mirth Magazine–a new publication about the comedy industry that is planning to release its first issue in March–Editor in Chief Larry Getlen posted a strongly-worded essay “Are women funny? Yes. Now can we please move on?”

“I see a lot of female comics who to please an audience will act like men.”

Ouch. OK – there’s a whirlwind of wrong here, since the quote seems to lay down a clear separation of what’s OK or expected for men to do compared with what’s OK or expected for women. When Lisa Lampanelli spews out a dirty sex joke, is she “acting like a man?” Or is it when Tina Fey has the audacity to run a show? I’m pretty sure the latter is not what Brill meant, but the truth is, I have no idea what he meant. I do know that, short of a woman coming on stage with a full handlebar mustache and scratching her imaginary balls, statements like that are probably best avoided, especially by 53-year-old men.

At 4:03 a.m. on Saturday morning, Mr. Brill himself responded on Mirth’s comment section with a lengthy rant. (Partially transcribed here):

In order to judge what someone is saying or thinking…it’s best to be sure we know what they actually said. The quotes that shook everything up…were taken out of context. I wasn’t talking about all female comics or female comics in general. I was talking about a couple of comics the writer had brought up to me. If you do some Googling…you will see where I was quoted in the Washington Post saying that “some of the funniest comedians on the planet are women.” The comedians and colleagues who know me…know that I respect all comedians…and that I am far from the neanderthal that people who don’t know me are assuming I am. The article was shocking to me…because it seemed like the guy had it in for me. And I don’t know why. Of all of the jokes in my set that I was trying out in front of the crowd…he chose to point out the one that was the weakest. As comics we need to try stuff out and then tweak…it’s a process. He made fun of my head! He took a quote from a comic who appeared bitter that I had the “market cornered!” HA! I have nothing “cornered.” I am very involved in the comedy world…because I LOVE IT! He just didn’t fit the kind of comedian we are looking for on the show and is understandably angry and lashed out at me. I have always been nice to him. That comedian’s girlfriend made up some facts about the show only booking middle-aged mid-western males.

This touched off two responses. One was that of Amy Schumer, a Last Comic Standing participant who was identified by Mr. Brill as the cause of the problem when he said: “That comedian’s girlfriend made up some facts about the show only booking middle-aged mid-western males.” (Ms. Schumer formerly dated one of the comics mentioned in Mr. Zinoman’s piece, Anthony Jeselnik.) Her response in Mirth‘s comments pointed out that Mr. Brill didn’t even give her the benefit of a name:

Eddie, is that my identity? “that comedian’s girlfriend” I would examine the possibility that you need more updating than you think.

Mr. Zinoman also jumped in the Mirth fray, addressing some of the statements Mr. Brill had made in the comments:

1) Eddie Brill says the quotes were taken out of context.

He’s wrong. My question was this: “How come there aren’t more female comics on the show?” It was not in reference to a few specific comics as he says, and since my question followed another question inquiring how many female comics have been on the show in 2011, I find it hard to believe that he misunderstood…

5) Eddie Brill says he was ambushed.

I don’t know what that means. I asked for an interview, got one and then asked questions about what he thought was funny and what kind of comics he is looking to book. When he asked to go off the record, I respected that.

Mr. Brill says that the good thing about this story is that the discussion is open now about female comics on network television. This discussion has been open, but I agree that it has started some new debates. It’s important that we have them honestly.

Mr. Brill’s next comment pulled back from his previous accusations:

After writing the response to this thread at 4 am…I realized that I shouldn’t have sent it out. I am hurting in so many ways. I know that I am a good person with good intentions and that I should have been more accurate with my words and feelings in the interview. The bottom line is that I know what kind of person I am…and how I respect women comics and all comics. I apologize to Amy for saying “that comedian’s girlfriend.” That was unfair. It is time for me to accept the consequences of my printed words..and to learn from this. I apologize to all who have been affected by this.

Mr. Getlen told the New York Observer over the phone that he had several reactions to the blow-up.
“I saw The Times article on Thursday, and this essay poured out of me,” Mr. Getlen told us. “The issue of women in comedy has been really touchy since the Christopher Hitchens piece, and obviously this needs to be addressed.”

So why did Mr. Brill go off in the Mirth comments?
“I don’t know,” Mr. Getlen admitted. “I’ve had very positive feedback about the piece. Mr. Brill initially took issue with what Jason wrote. There was a posture of a disagreement, and who knows. He (Mr. Brill) ended up backing off.”

Personally, Mr. Getlen–a freelance contributor for the New York Post whose resume includes items in Radar, New York Magazine, Esquire, and Maxim–says that he’s only met Mr. Brill once, and his sense from the comedy world was that the booker was “generally well-liked.”

Though after The New York Times article and his angry comments in Mirth, that may no longer be the case. 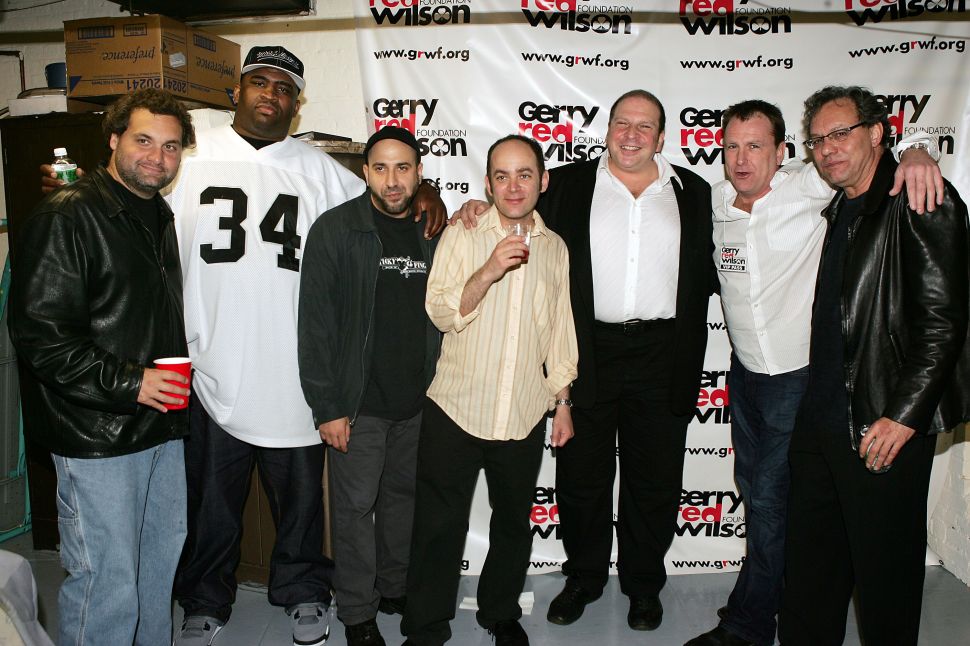