Beloved Bloomberg on-air blonde bombshell Lizzie O’Leary (who once hid behind the mic at N.P.R.) is parting ways with the financial news service, and hitting it big time: the Observer Media Power Bachelorette is on her way to CNN, where she’ll be reporting on-air for the cable news giant on aviation and transportation regulations.

From the press release, which TV Newser picked up:

Lizzie O’Leary will join CNN in the newly-created aviation and regulation correspondent position, it was announced today by Sam Feist, CNN Washington bureau chief and senior vice president. O’Leary will report on all facets of U.S. transportation, including air, rail, maritime and space, in addition to covering the many agencies in Washington that have a daily impact on the lives of Americans.

She broke the news over Twitter. When her departure leaked out yesterday, Business Insider echoed the sentiment of her financial services fanboy contingent: “Sad news!”

Ms. O’Leary was noted last year in her selection for the Observer‘s dubious distinction as “generally adored for being, among other things, hard-working, funny as hell, with a sharp wit (must-follow on Twitter) and a pretty decent cultural palate (gets her Billy Collins in with her David Chase shows, dream interview is Otis Redding). She needs a Walter Burns to her Hildy Johnson. Might be worth applying, if you can keep up with her schedule.”

Sadly, New York City bachelors and financial beat fanboys, the indomitable Ms. O’Leary seems to be a D.C. lifer, though she’ll likely spend a lot more time moving around the country on her new beat. So we’re saying you have a chance. 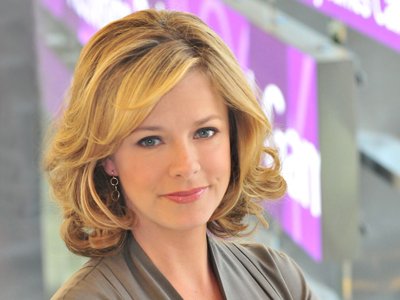