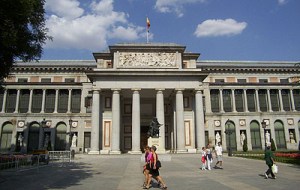 The famed Prado Museum in Madrid will remain open seven days a week and extend its popular exhibitions in the face of a recent $7.75 million subsidy cut.

“‘Museums are affected by the crisis without being in crisis themselves,’ Prado director Miguel Zugaza said, referring to the record 2.9 million visitors the museum received in 2011, the bulk of which were foreigners.

“On weekends tourists can be seen waiting in long lines outside the museum to see a collection which also includes Rembrandt, Rubens and El Greco as well as special exhibits such as ‘The Hermitage,’ until March 25.”

Half of the museum’s $54 million annual budget comes from public subsidies, so the belt tightening has not been minor.