If you’re of the persuasion that, as great as they are, most planetariums need some spicing up, The Museum of Natural History now has you covered. In collaboration with Babycastles, New York City’s own D.I.Y. video arcade collective, the museum is presenting a one-night-only group video game, which stars—ahem—legendary indie rock group The Magnetic Fields’ singer-songwriter Stephin Merritt.

The one-night-only debut of Space Cruiser, next Thursday’s game-cum-concert in question, is described as a “cooperative mission-based game centered around navigating around a fictional universe” that’s designed for up to 200 participants, who together will control a spacecraft, which the planetarium has been re-imagined as.

The co-founder of Babycastles—whose existence The Observer has previously documented with enthusiasm—Syed Salahuddin‘s overview, via email, may better explain it:

A multi-player control deck at the center of the theater will offer a small crew the chance to navigate the spacecraft together, piloting through treacherous asteroid belts. The crew is an unassigned, free-form team that works together to pilot the spaceship, with various parts of the ship spread out over the theater while being guided by a on-board computer system that is voiced by Stephin Merritt of the Magnetic Fields.

The night also includes admission to an open bar, some indie video games, and a live performance by the band One Ring Zero. Tickets from the museum are $75 (but apparently a discount code of “BEYOND” will make hanging out with all of the city’s hippest geeks a little cheaper come Thursday). 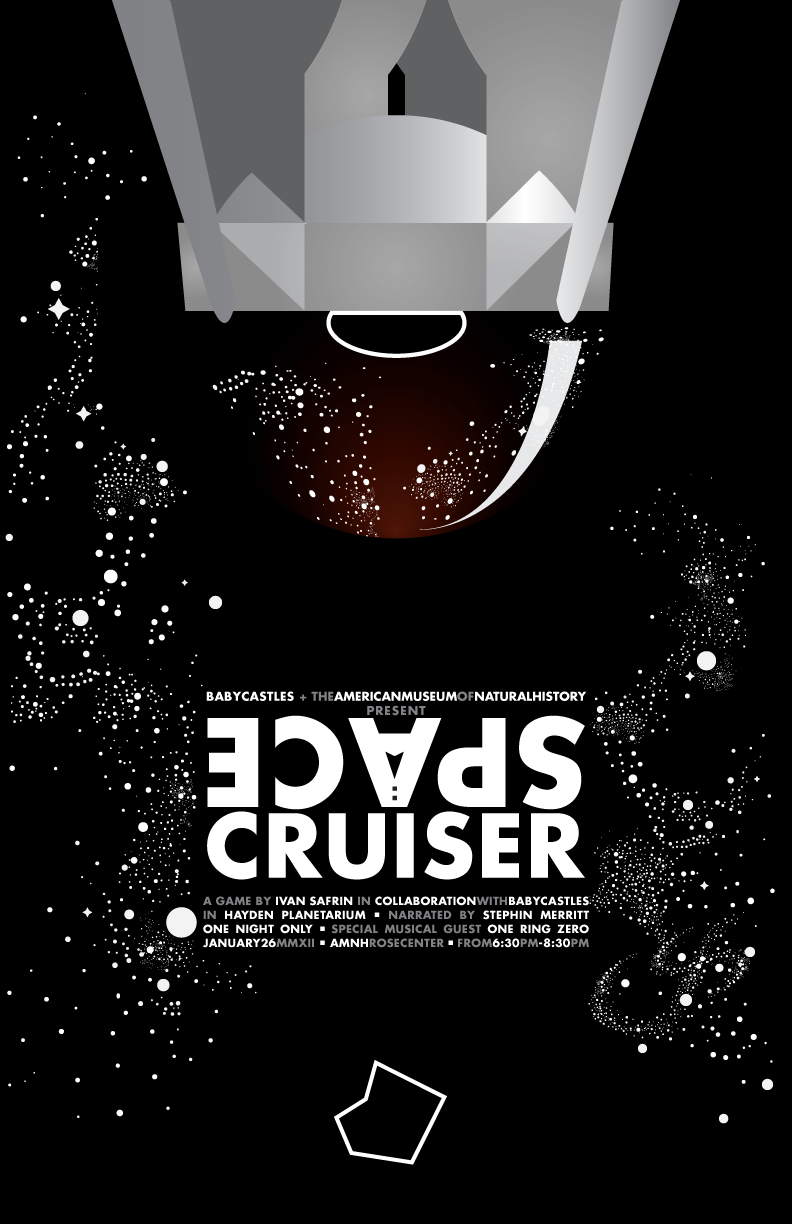