Well, Facebook is probably going to file for an IPO tomorrow. In the event you haven’t already been bombarded with this news and don’t know what it means, it means that Facebook is going to go to the stock market, and soon you—or anyone—will be able to own an over-hyped, overvalued piece of The Most Famous Social Network Basically Ever.

Seeing as how this is the case, there seems to be no better time than to bring forth the quotable Mark Zuckerberg on the matter of selling out.

From a June 2004 Harvard Crimson article…

….Mark Zuckerberg on pricing Facebook (what the IPO will effectively do):

“I don’t really like putting a price-tag on the stuff I do. That’s just like not the point,” Zuckerberg says.

…Mark Zuckerberg on selling out:

“That’s just like not something we’re really interested in,” he says, referring to selling out thefacebook.com. “I mean, yeah, we can make a bunch of money—that’s not the goal…I mean, like, anyone from Harvard can get a job and make a bunch of money. Not everyone at Harvard can have a social network. I value that more as a resource more than like any money.”

…Mark Zuckerberg on whether or not he’ll ever sell Facebook:

“Maybe when I’m bored with it, then we’ll work something out,” he says. “But I don’t see that happening anytime in the near future.”

Zuckerberg pauses for a moment.

“And ‘near future’ being like anytime in the next seven or eight days.”

The entire Crimson piece can be found here. 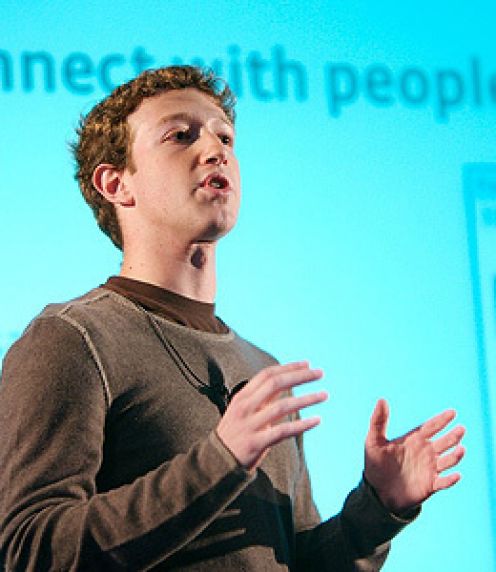