Mayor Michael Bloomberg and Boston Mayor Thomas Menino announced they have entered into a “friendly wager” on the upcoming Super Bowl between the New York Giants and the loathsome New England Patriots. When the Giants win, one New York City family will “win” a trip to Boston with free hotels, food, tours, tickets to a Bruins or Celtics game, a concert and a photo with Mayor Menino. Mayor Bloomberg announced the Super Bowl bet in a press release, this afternoon.

“New York sports teams have a history of cleaning up when they go to Boston – and now our fans will have a chance to do the same,” said Mayor Bloomberg said.

Mayor Bloomberg’s press release didn’t explain why any New Yorkers in their right mind would ever want to visit Boston. END_OF_DOCUMENT_TOKEN_TO_BE_REPLACED 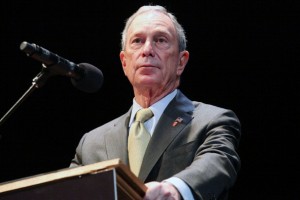