TRENTON –  Former Gov. Jim McGreevey, who served from 2002 to 2004, praised Gov. Chris Christie today on the drug treatment program proposal in his State of the State address.

McGreevey lauded the call made by Christie to focus more on correcting the problem rather than emphasizing incarceration.

McGreevey, who works now as a spiritual counselor, stressed the importance of treatment rather than punishment.

Christie called for more use of secure, in-house, treatment facilities, and he said history shows such alternatives to incarceration are two-thirds less expensive.

With regards to the 10 percent income tax cut proposal also contained in Christie’s speech, the former governor would only say, “I almost clapped.” 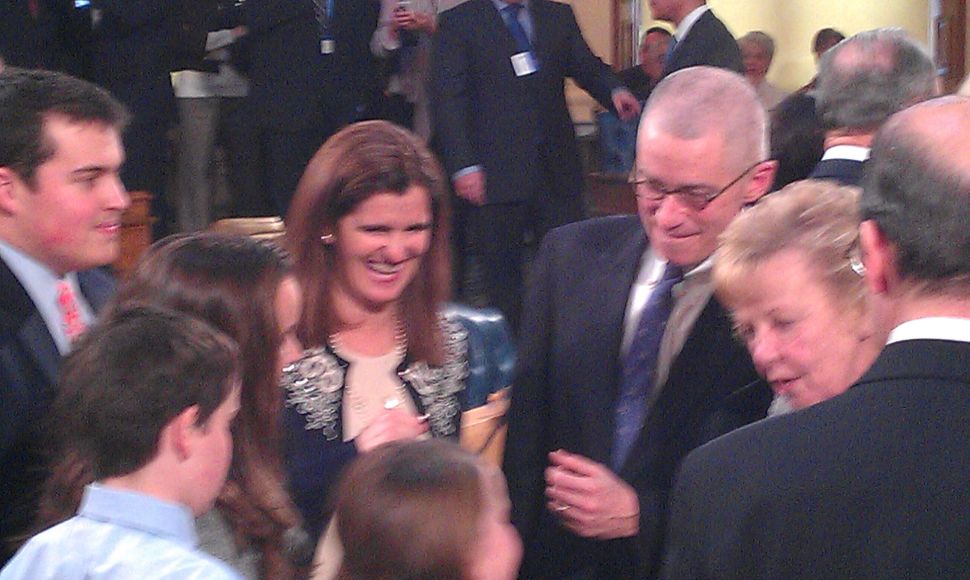