Meet Laura Hajek from Glenn Falls Glens Falls, New York. This weekend, she will be competing with approximately 100 other young women at SUNY Purchase for the title of Miss New York. If she wins, she’ll be one step closer to becoming the next Miss USA.

While most girls vying for the title have put up online videos displaying their many…shall we say…assets?…Ms. Hajek–whom we found via Reddit— went in a different direction; creating a hilarious piece of performance art involving an interview with a giant puppet talk show host asking the kind of questions you’d really like to hear during one of these shows. (Example: “What’s your favorite Lou Reed album, and don’t say Transformer, because that’s so said.”


We really hope that the talent portion of Ms. Hajek’s performance involves a ten minute stand-up act. She’s not the traditional pageant girl, but we could see her getting an NBC pilot next season as a consolation prize. 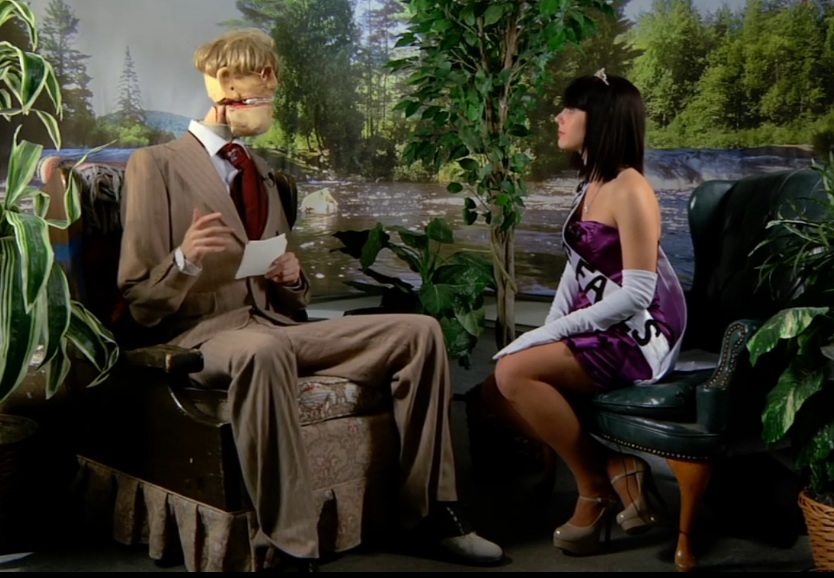