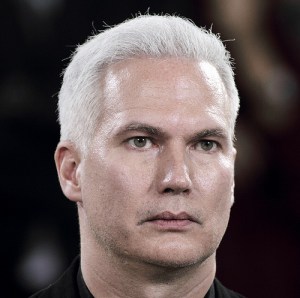 The Getty announced that it was the purchaser of the 15th-century, $1.4 million Piero del Pollaiuolo portrait drawing at Sotheby’s yesterday. “This is the first major drawing from this pivotal early Renaissance period to come on the market for many years, which, paired with its extraordinary condition, makes this a very significant acquisition,” senior curator of drawings Lee Hendrix said in a statement. [Art Market Monitor]

The Times looks at domestic perfectionists, including MoMA P.S.1 director Klaus Biesenbach. Once known for its extreme sparseness, Mr. Biesenbach’s apartment now contains a sofa. An unnamed artist friend brought it while staying there this summer, and repainted the entire space white.  [NYT]

New York curator Carlo McCormick is set to open his latest “Boneyard Project” this weekend in Tucson, Ariz., with work by more than 30 artists on airplane nose cones and three full Super DC-3 planes. Walter Robinson, whom we profiled this week, is in the show. [Phoenix New Times]

Fu Baoshi has his first major museum retrospective at the Met. [WSJ]

The artist Balbir Krishan was attacked in New Dehli during his exhibition of homoerotic paintings at the state-run gallery Lalit Kala Akademi. [The Art Newspaper]

The Duchess of Cornwall is a fan of “modern British” art. [The Art Newspaper]