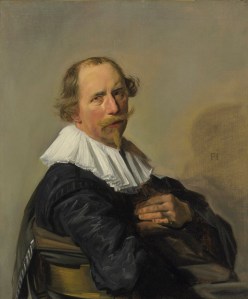 Matthew Marks discusses his new Los Angeles gallery. Brice Marden has never had a one-person show in the city, he tells reporter Kelly Crow. Have collectors there been deprived, she asks? “Yes, but my artists are more interested in showing their work to other artists,” replies Mr. Marks. “That is the audience they care most about.” [WSJ]

Heritage Auctions has hired Brian Roughton, founder and president of the Dallas–based Roughton Galleries, as its director of American and European paintings. Mr. Roughton had previously been working as a consultant for the firm. His 38-year-old gallery will continue to operate. [Heritage]

Among the Old Masters hitting the Christie’s block on Wednesday: a Frans Hals owned by Elizabeth Taylor, which could bring in as much as $1 million. [ArtDaily]

Rozalia Jovanovic takes a look at the Bushwick scene. Is it about to explode in scale and ambition? Are other Chelsea galleries prowling for space? Will visiting collectors do more than eat at the delicious Roberta’s restaurant? [Capital]

Do the spots in Damien Hirst’s spot paintings contain hidden messages that are decipherable only with a Hirst spot-code-breaking paintings? [Greg.org]