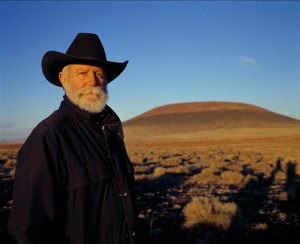 The Juilliard School is in the midst of a series of concerts to mark the centennial of composer John Cage’s birth, an initiative that, a few decades ago, would have been unthinkable, given the controversy surrounding the artist’s radical techniques, according to organizer Joel Sachs. [NYT]

At Sundance, director Matthew Akers sold the rights to his film about Marina Abramović (who is “[s]eductive, fearless, and outrageous,” the news release tells us) in South Africa, Australia and New Zealand. [Deadline]

Andrew Berardini reports from the Art Los Angeles Contemporary fair, the opening of Matthew Marks’s L.A. gallery and a bounty of performance events tied to the Getty’s “Pacific Standard Time” initiative. He also quotes James Turrell on his long-delayed Roden Crater: “I swore I was going to open it in the year 2000, and I’ll be damned if I’m not sticking to it.” [Artforum]

Mark C. Taylor explores a novel question: “Is modern finance ruining modern art?” And Mr. Taylor wonders, discussing Jeff Koons, “how many seemingly intelligent and sophisticated people have been taken in by this erstwhile stockbroker.” This is part one in a series of essays. [Bloomberg]

J.M.W. Turner’s work is at home at Turner Contemporary in Margate. [FT]

NPR gives Jackson Pollock the “is it art?” spiel. [NPR]