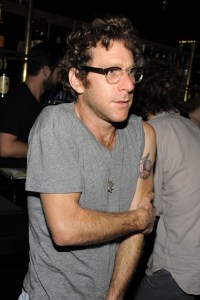 In a weird twist, the smash Leonardo da Vinci show at London’s National Gallery is being made into a movie so that more people can see it. [WSJ]

Light and Space artist Doug Wheeler discusses his upcoming show at Zwirner—the most expensive installation the gallery has ever hosts—with Randy Kennedy, and notes that he once turned down the chance to show with Leo Castelli, and that help to write the script for the 1978 trucker film Steel Cowboy. [NYT]

In The Financial Times, Georgina Adam takes a look at Art Singapore, which ran through yesterday in the city-state. “Is it in competition with the [Art HK fair]?” she asks. [FT]

Peter Schjeldahl on Hirst and the YBAs. [The New Yorker]