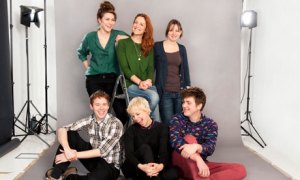 Arab art more popular at auction, perhaps due to the recent political shifts in the region. [The Guardian]

Your Chinese-art-market article of the day: “Tread carefully in Chinese art market, experts say.” Unlike the non-Chinese art world, in which you are encouraged to buy indiscriminately. [Reuters]

Fresh from the debut of his new work in Qatar, Richard Serra explains that he would not work in Saudi Arabia or Syria. [Artforum]

An interview with Reinhold Wuerth. [Bloomberg]

And Simon Fujiwara talks to the Financial Times about his show at Tate St. Ives. [FT]