One of our pet peeves during the Golden Globes was that they totally ignored The Muppets. No nomination for any of the original songs? Pshaw. We assumed someone in the Foreign Press Association had a problem with the liberal brainwashing of American children.

Fortunately, the American Academy of Motion Picture Arts and Sciences had no such qualms.

Out of the two songs nominated for the 84th Academy Awards, one of them is “Man or Muppet” by Flight of the Conchords‘ Bret McKenzie and performed by Jason Segel and the newest addition to the Muppet clan, Walter. (With a brief cameo by Jim Parsons from Big Bang Theory.)

Previously, “The Rainbow Connection” from 1979’s The Muppet Movie was nominated for Best Song, but lost out to “It Goes Like It Goes” from Norma Rae. Since “Man or Muppet” is only up against “Real in Rio” from the Jesse Eisenberg animated flick, Rio, this might be the chance for some Muppet-y redemption.

After all, it’s not like Randy Newman is up for anything this year. 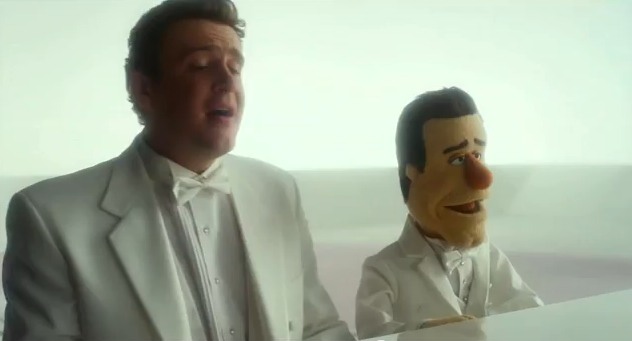