2011 was a hell of a year to be the person charged with spinning the public image of News Corp, with that whole phone hacking scandal and all.

The reason given? From the News Corp press release, emphasis ours:

“The past decade has, without a doubt, been the highlight of my career,” commented Ms. Everett. “News Corp. executives are a peerless group and I will miss them immensely. I will always be grateful to Rupert and Chase for their support over the years and am thrilled that Julie will be succeeding me. While it may be a tired cliché, I am ready for something new.”

While a statement like that typically leaves plenty of room for interpretation, who can blame her?

As if the life of Ms. Everett wasn’t already difficult enough over the last two years, 80 year-old News Corp chief Rupert Murdoch recently joined Twitter earlier this month, to much hilarity. You know what people do on Twitter? Put their foot—or feet—in their mouth, 140 characters at a time.

Teri Everett had been with News Corp since 2000 as the VP of Corporate Communications in Los Angeles. In December 2009 she was handed the position of global corporate affairs and communications efforts; in September 2010, not even after a year on the job, Ms. Everett is handed the phone hacking scandal to deal with after a New York Times Magazine blockbuster story reopened the phone hacking investigation. The scandal caused the shutdown of one of the oldest newspapers in the world (the News Corp-owned News of the World) and the resignation of several executives, as well as the public hearings effectively putting Rupert and James Murdoch under oath.

Ms. Henderson has been with News Corp since 2006; until today, she’s held Ms. Everett’s old job since March of last year. The Observer‘s request for comment from Ms. Henderson on the joys of her new job was not immediately returned. We will update if it is. 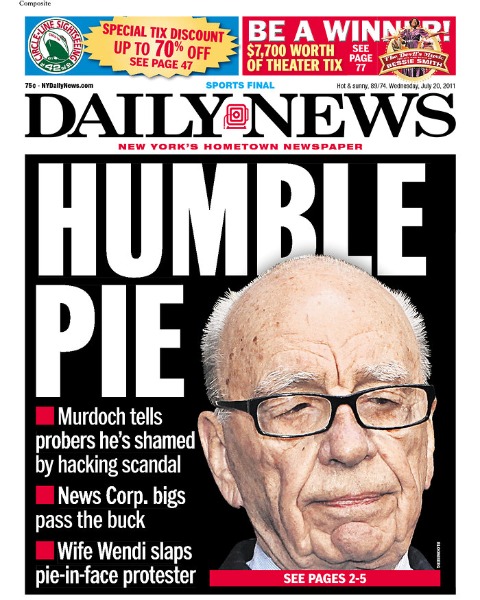