Mitt Romney and Newt Gingrich went on the attack early in tonight’s NBC News National Journal Republican presidential debate in Tampa leading to a heated exchange where they argued over whether Mr. Gingrich is a former lobbyist.

“There’s a point in this process where it gets unnecessarily personal and nasty and that’s sad. The fact is, I’ve had a very long career of trying to represent the people of Georgia and, as speaker, the people of the United States. I think it’s pretty clear to say that I have never ever gone and done any lobbying,” Mr. Gingrich said. END_OF_DOCUMENT_TOKEN_TO_BE_REPLACED 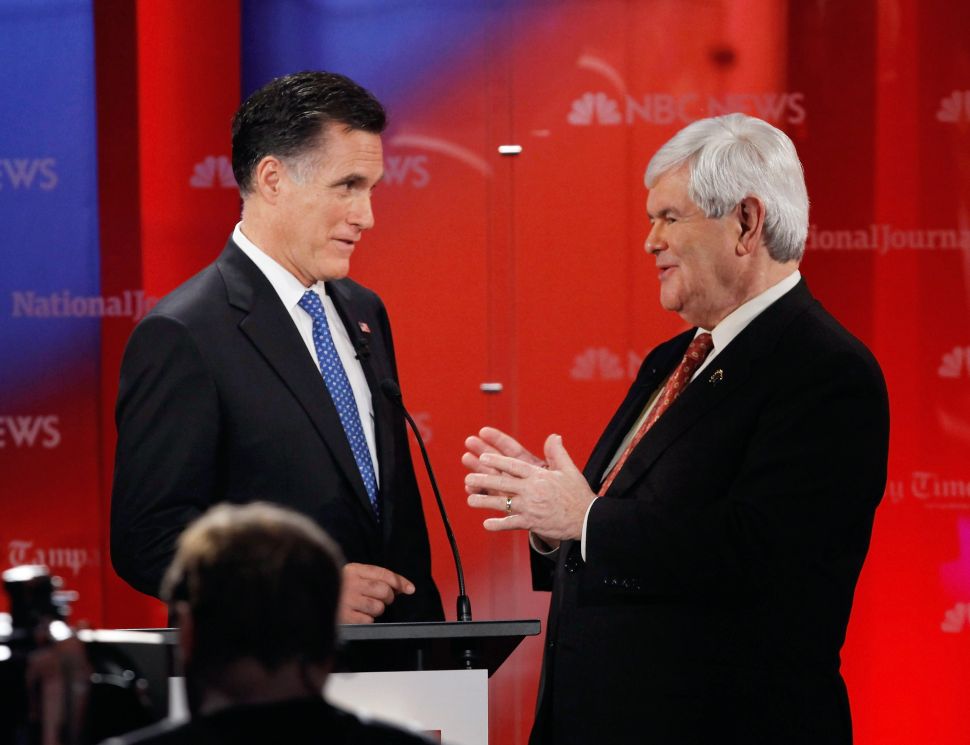