The future is here and it’s not as cool as you thought it would be. In fact, it’s very much like the past, just with more delays. We are talking of course, about the fantastically named ‘RoboTrain’ next-gen subway system.

The only current ‘RoboTrain’ in the city is the hipster-clogged L train, which the MTA has been tweaking for so many years, we’re no longer sure which came first, RoboCop or RoboTrain.

The L train has had a rough time of it recently and the Daily News reports that the latest RoboTrain tests have further stoked the anger toward our would-be transportation machine overlords. The latest tests are planned for this Tuesday  and Wednesday, as well as the same days the following week, January 31 and February 1. We wouldn’t hold our breath on a possible test extension, either.

For the next two weeks, straphangers who go through Broadway Junction will have to make a transfer, and for those getting on or off between Broadway to Canarsie, there will be a 24 minute wait between trains. Not much longer than the typical L wait, but yeah, still very annoying.

According to MTA data, one in four delays on the L in 2011 were due to RoboTrain testing. It’s not all bad news though for riders of the line, as two more L trains are scheduled to come on board in the summer, which will shorten waiting times.

The M.T.A. is adamant that the RoboTrain will eventually be a success, allowing for the trains to run closer together and thus allowing for more trains, shorter waits and faster commutes.

While the RoboTrain is specially fitted to be completely computer-operated, it retains the use of a motorman and conductor—because the labor agreement demands it but also just in case it should get any HAL-esque ideas and needs to be overridden. This however, begs the all important question: If it still needs a conductor, whats the point? 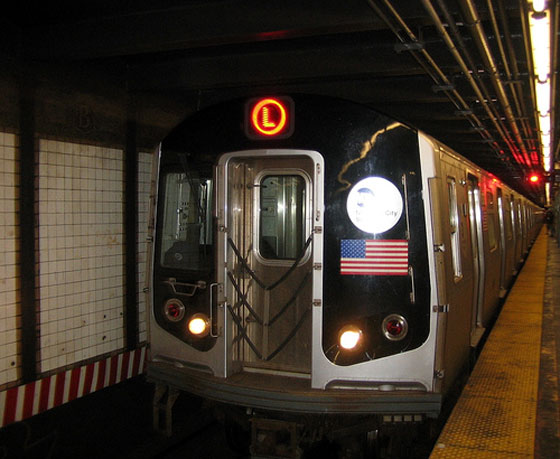