Occupy protests in Oakland escalated into violence on Saturday, with activists throwing random objects and flares and police kettling and tear-gassing protesters in addition to making multiple arrests. Tension began growing Saturday afternoon and over the course of 3 hours ratcheted up until the Oakland Police tweeted that “unlawful assembly” had been declared.

Shortly after that tweet at 3 p.m. PT, Occupy Oakland posted that police were using “munitions and violence.” The police said they used only tear gas and smoke bombs and they gave the protesters warnings.

By 8:15 Pacific Time the AP was reporting upwards of 100 arrests with Twitter accounts that frequently focus on Occupy-related news such as @YourAnonNews stating:

A video uploaded to Youtube by user larrytaitai gives some sense of the chaotic moments before and after police first launched the tear gas. 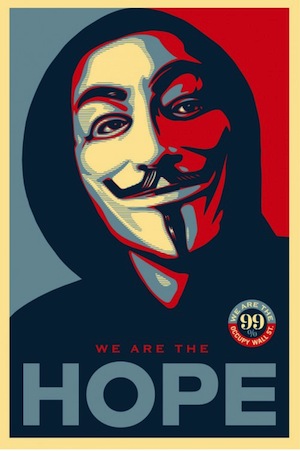