The heady days of New York’s Wall Street occupation are officially over, reports The New York Times. Boo! We were hoping that the protesters were just in hibernation, waiting until the Spring weather thaws out Zuccotti Park and makes it habitable again. But one of the lawyers representing OWS campers stated that the lawsuit they filed back in November to regain park access was dropped after the barricades and Brookfield Property security guards were removed from Zuccotti on January 10th.

Fighting over that particular scrap of land is no longer part of the OWS agenda. Instead, the grassroots movement is focusing its efforts Southward, to the country’s capital.

Occupy Wall Street’s publicist* sent out an embargoed press release today announcing that the group will be responding to President Barack Obama’s State of the Union address tonight. In the past, OWS announcements didn’t require pre-statement press releases, let alone secret press releases that we’re not allowed to show you. If anything, the most you’d get back in September was a “heads up” email or text message from someone on the media team, telling reporters where the action was going to go down. Or you could find the blast on OccupyWallSt.Org.

Here’s what we know about the release, via The Awl:

The language of the speech is bombastic yet vague, unspecific and sort of… narcissistic? Lots of rambling about how politics is bought and paid for, yadda yadda. (I mean, yes, that’s true! But it’s just atmospherics; why not name some names then?) About half of its claims are reminiscent of the Tea Party. (To be fair, Occupy and the Tea Party share about a 50% base common interest! Which is good and fascinating!) What’s worse about the planned speech is: it’s vaguely poetic without at all being poetry.

We know the State of the Union is an easy target to air your discontent over, well, the state of affairs in this country. But this makes it sound like OWS has been co-opted by Newt Gingrich. And everyone knows its really Ron Paul fans infiltrating the movement.

*Publicist? Oh, so that’s where all their money went. 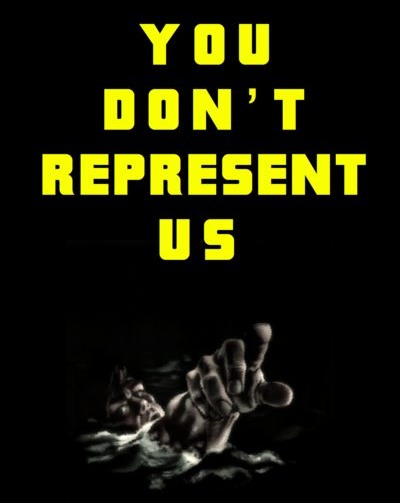