The U.S. Attorney and Postal Inspection Service announced Tuesday that Eric Stein, age 53, had been arrested and charged “with running an investment scam through Return-A-Pet LLC–a Manhattan-based company he operated…” Authorities who investigated Stein’s business say he may have lined his pockets with up to a half-million dollars over the last 3 years by hoodwinking consumers into buying “sham Return-A-Pet distributorships using false and misleading advertisements.”

This is familiar territory for Eric Stein.

The scam was huge. So big it even turned heads in Nevada. So big that when Stein, one of the main suspects, went on the run, his glamour shot made it onto America’s Most Wanted. We’re referring to Eric Stein’s first scam, which was eventually covered by CNBC’s American Greed, a documentary series exploring major league con games.

In that case, which occurred in the late 1990s, Eric Stein and a handful of co-defendants (one was memorably named Ina Liberty Bell) bamboozled investors into buying into direct response infomercials. The pitch was an attractive 50 percent return on a minimum $5,000 investment in only 3 months. Stein took that money, played the mogul and also used it to keep drawing investors back into his web. He was charged with securities fraud and racketeering. Stein and his cohorts collected nearly $20 million.

According to the U.S. Attorney’s press release about Stein’s arrest on Tuesday, Return-A-Pet “provided enrolled pet owners with access to a toll-free number that was staffed 24 hours-a-day and printed on the pet’s ID tag, in order to help lost pets be returned to their owners.”

The Return-A-Pet registry is designed to give you peace of mind while protecting your privacy. Our system makes it easy for the person who finds your pet to get your beloved family member back to you quickly and safely.

Return-A-Pet distributors purchased a $5,000 package (Stein was apparently fond of that base $5000 fee to buy into his deals) which supposedly included 425 enrollment kits. If you just wanted a trial package of 10 kits, you could get away with paying just $100 to check it out.

People bought in, wiring fees ranging from $5,000 up to $50,000 to Stein’s business bank accounts in Manhattan or mailing checks to his office on Fifth Avenue. Stein, who also may have used the alias “Robert Philips” when dealing with irate “distributors,” allegedly kept the money. Court documents contain statements from victims in Texas, Georgia, Kentucky, North Carolina and South Africa who recounted conversations with both “Philips” and Eric Stein.

Stein ran Return-A-Pet while still on supervised release for the scheme for which he’d been convicted in Nevada.

Speaking to CNBC 4 years ago about his big con, Eric Stein explained techniques he used to fool investors into thinking the business was legitimate, like fake references about how great it was. He also said, “Greed does not lead you down a road to success; it leads you down a path of destruction.”

Stein currently faces charges of mail and wire fraud. If convicted on both counts, he could face up to 40 years in prison.

Eric Stein: A con man in his own words – YouTube. 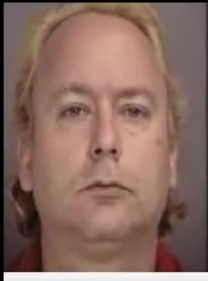