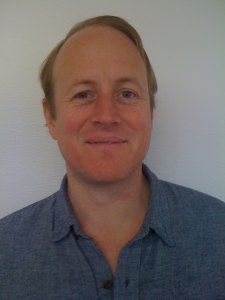 The hiring is new enough that Mr. Spengemann said his plans for the gallery are still in the air, but had kind words for the space’s 24-year-old owner Max Levai.

“For someone so young he’s very bright,” Mr. Spengemann said. “He’s grown up in the biz, and I feel like he has a really great handle on it. I feel really excited about working together.”

Mr. Spengemann said he wasn’t sure if he was going to be bringing in any new artists into the program, let alone ones from Taxter & Spengemann, adding that he’s entered “a very different kind of scenario from T and S.”

Recently Marlborough Chelsea began a campaign to differentiate itself from its 57th Street location, which has served as its headquarters since 1963 (the two will have separate booths at the Armory Show this year). The downtown iteration has been host to a number of high-profile shows lately, including the group show “Blind Cut,” which opened with a madhouse reception last week.

“I think that kind of show points out that there’s a real opportunity there to have a broad appeal and I think that’s already started happening,” Mr. Spengemann said. “I think that’s something that’s really intriguing about working for the gallery.”