Gay marriage might not be the only question on that November ballot if two state senators have their way.

State Sen. Joe Pennacchio (R-26) this week put in a bipartisan bill that would put a $2 billion flood remediation bond question to the voters.

“I told him I would back him on it,” state Senate President Steve Sweeney (D-3), West Deptford, told PolitickerNJ.com.

Sweeney’s angle in part is labor.

Pennacchio hails from a North Jersey district devastated by flooding in the aftermath of Hurricane Irene.

The bill would enable up to $2 billion to be used for dam construction, culverts, and other public works projects to prevent flooding.

Sources told PolitickerNJ.com that the front office is not exactly thrilled by the proposal early.

Sweeney told Pennacchio to try to convince Gov. Chris Christie that the bill would be good for the state from several vantage points, including disaster control and jobs. 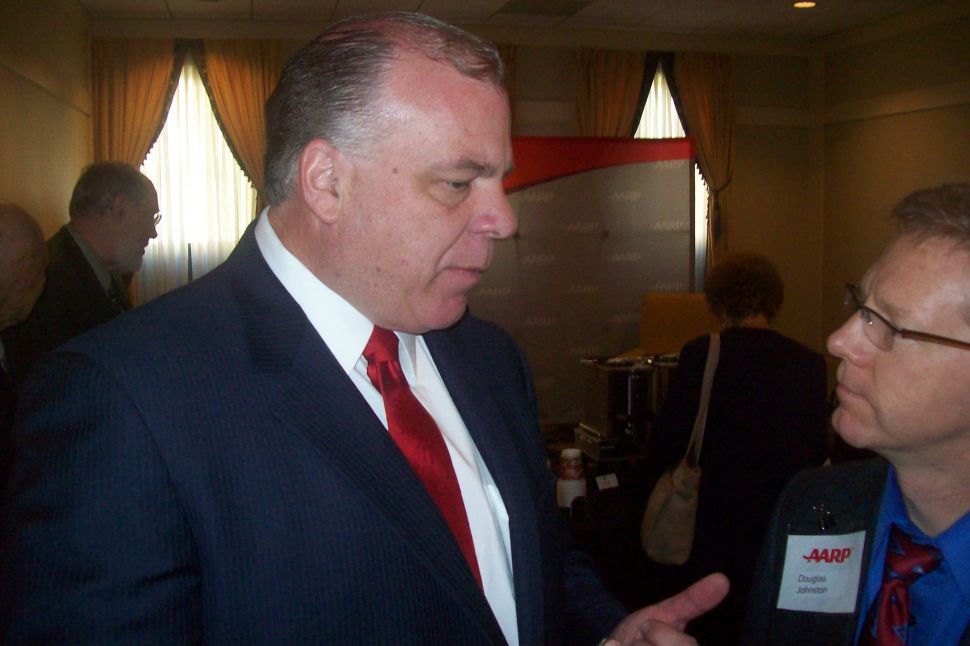