Liam Neeson’s wolfy action flick The Grey has PETA (People for the Ethical Treatment of Animals) snarling and snapping at film producers. In a post published last Thursday in PETA’s official blog, blogger Michelle Sherrow first expressed anger that the filmmakers had not kept their word to PETA representatives:

PETA met with a producer of The Grey and explained how animals used in movies often spend most of their time confined to chains or cages when they are not performing and may be beaten or deprived of food in order to force them to perform. The producers assured us that they would use only computer-generated imagery and animatronic wolves—but we’ve now learned that they reneged on their promise.

Calling The Grey‘s director Joe Carnahan “Joe Carnage,” Ms. Sherrow cited reports that Neeson and fellow cast members had eaten wolf meat to immerse themselves in the desperate situation portrayed in the film and compared The Grey‘s potential impact on wolves to the demonizing effects Steven Spielberg’s Jaws had on sharks in the late 1970s:

The Grey portrays these intelligent, family-oriented animals the same way in which Jaws portrays sharks. The writers paint a pack of wolves living in the Alaskan wilderness as bloodthirsty monsters, intent on killing every survivor of a plane crash by tearing each person limb from limb.

Audiences are not running from The Grey. Nikki Finke reported Friday that it was projected to be “the No. 1 movie at the North American box office,” scoring a projected $17.6 million in box office receipts. 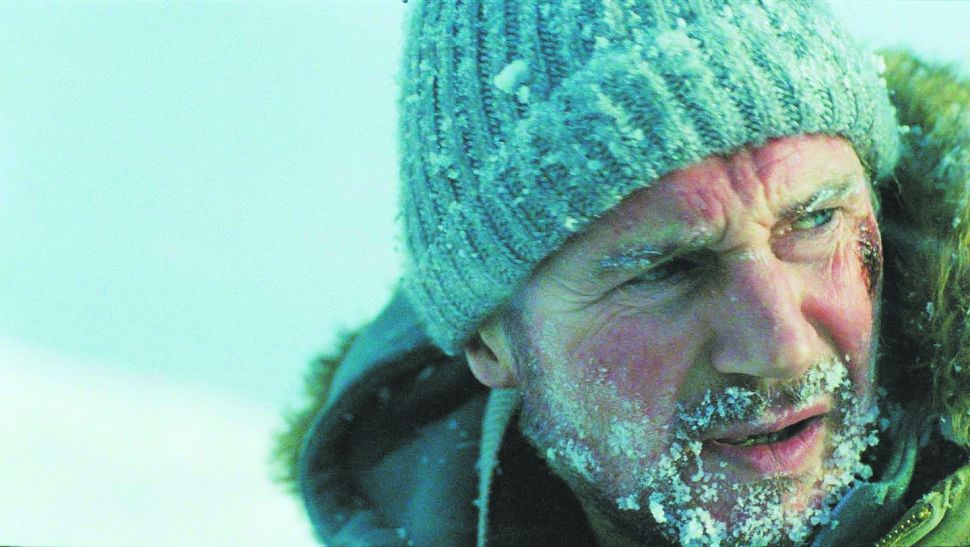