Yesterday, Jen Carlson from Gothamist posted that she had it on “good authority” that legendary Bowery scene club CBGB was “alive in spirit” and was possibly looking for a new space to open in Manhattan. Which is so vague it could mean literally anything. Which already is a terrible sign.

When Hilly Kristal died in 2007, most of the money went to his daughter Lisa Kristal Burgman and the “spirit” of CBGB died a little death with every attempt to cash in on the infamous club’s name: a Las Vegas spin-off that never opened; a John Varvatos store for tourists in the historic landmark; a second Morrison Hotel gallery devoted entirely to photography from the club that was stillborn when the Morrison closed.

Brooklyn Vegan took Gothamist’s tip and added fuel to the fire by pointing out that a CBGB Twitter account that “claims to be official”  had tweeted earlier this month, “Who would you like to see at the #CBGB Music Festival this summer? No band to big or to small.”

The tweet has since been deleted. Take from that what you will. The New York Observer has reached out to the person behind the CBGB website as well as Ms. Kristal Burgman, but has yet to receive an official response.

What do you think? Should CBGB be kept alive in spirit only, or would you like to see it resuscitated at a different venue? 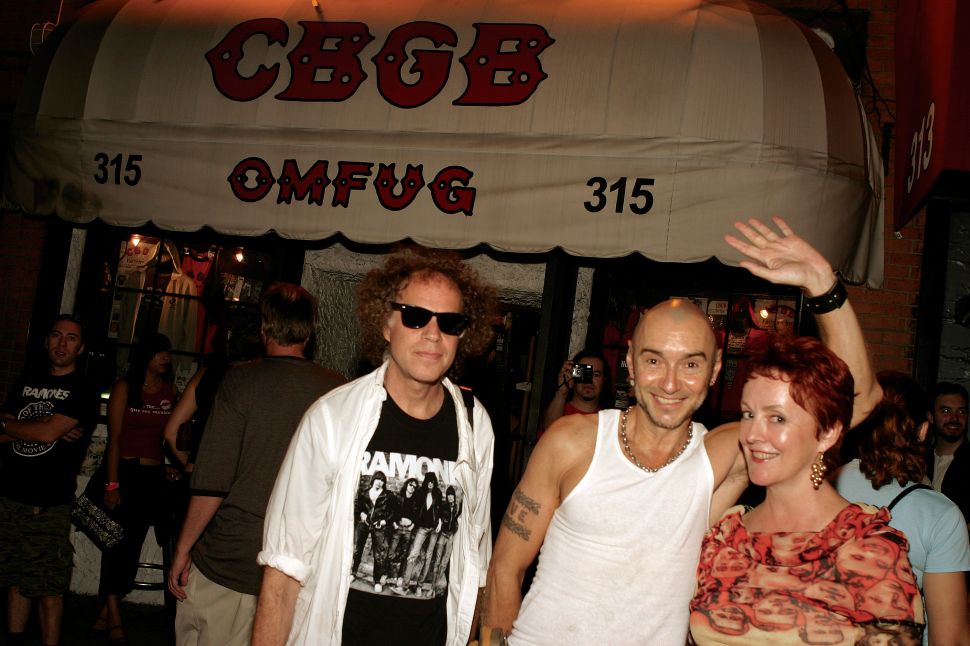