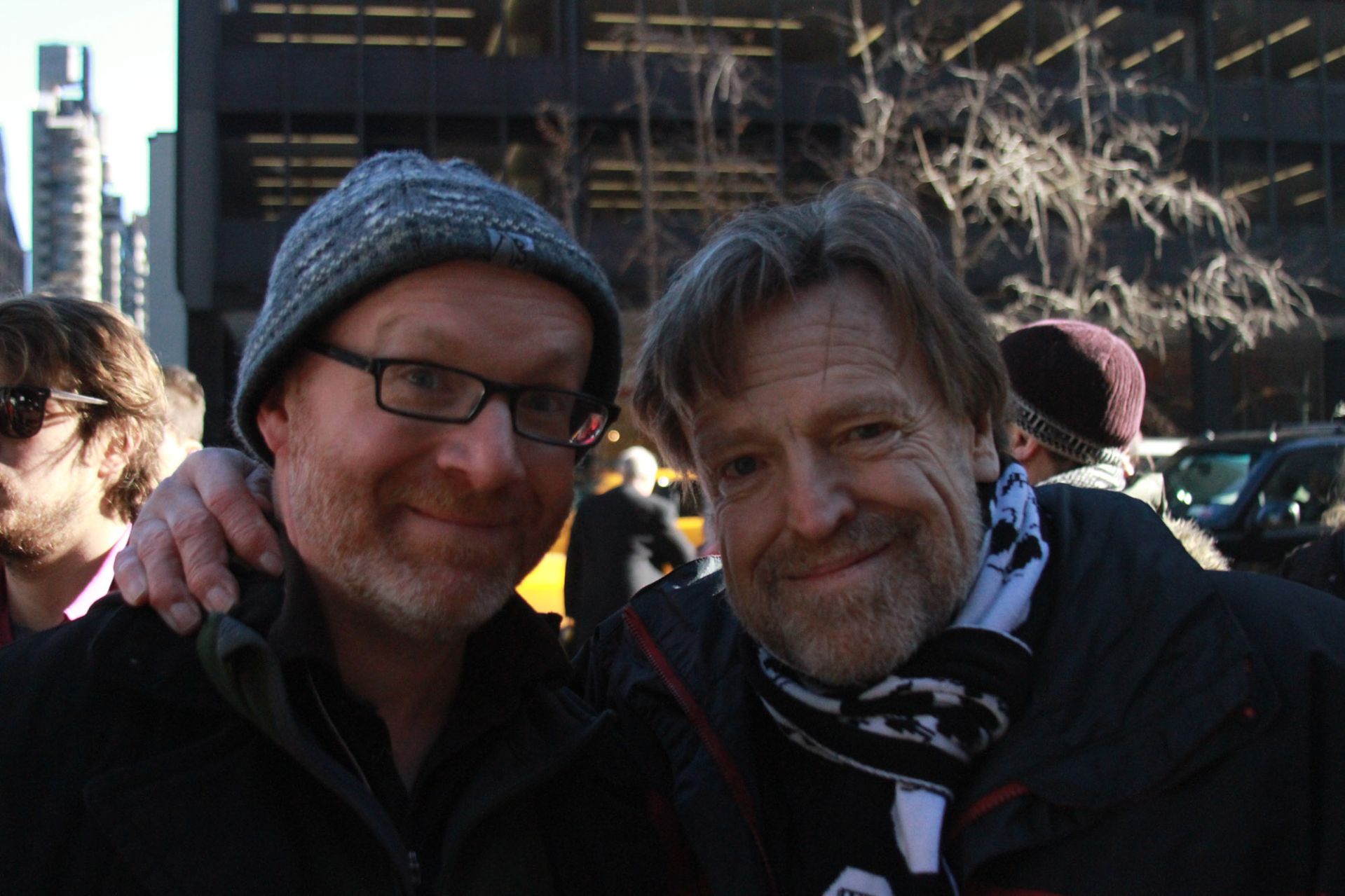 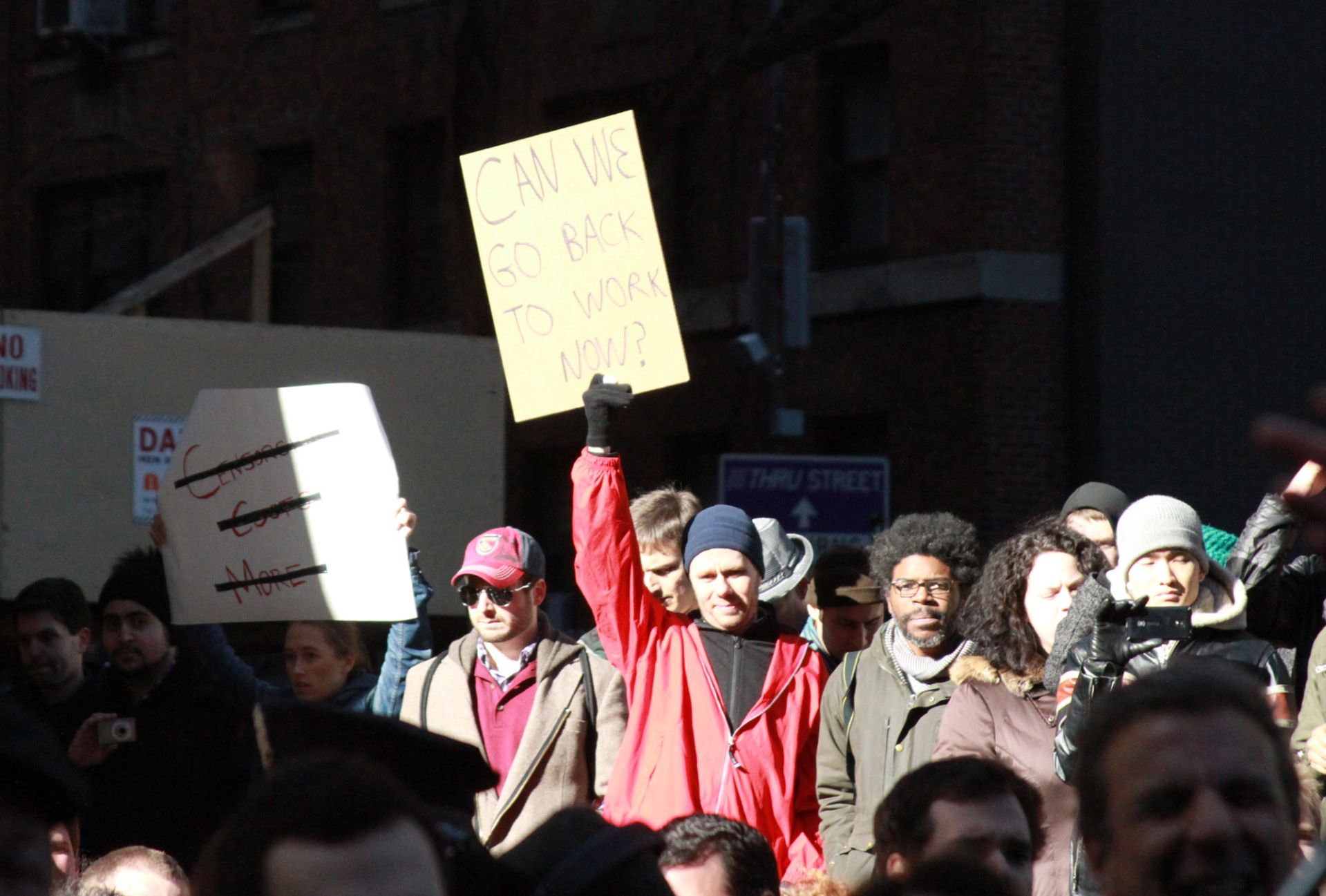 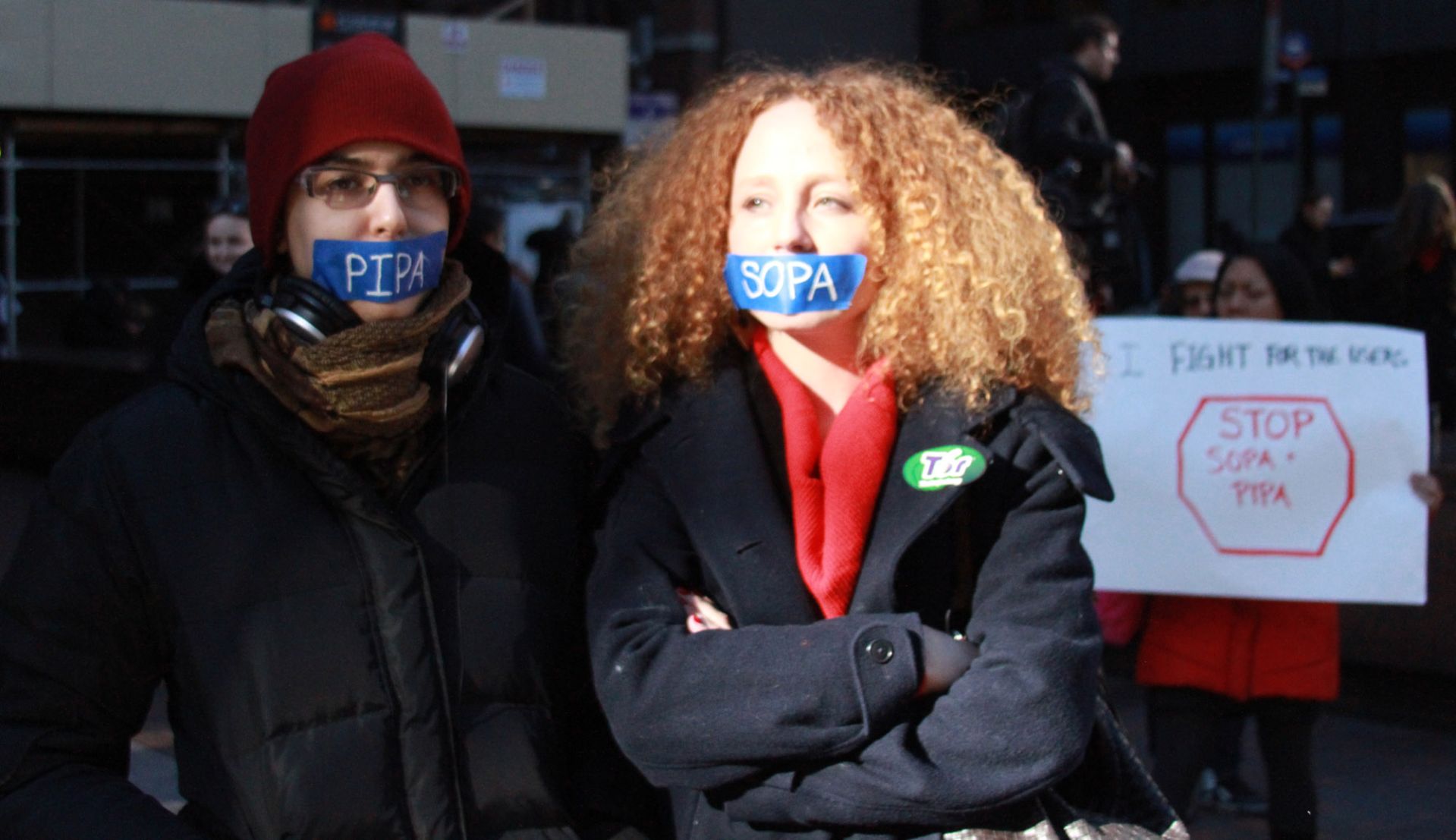 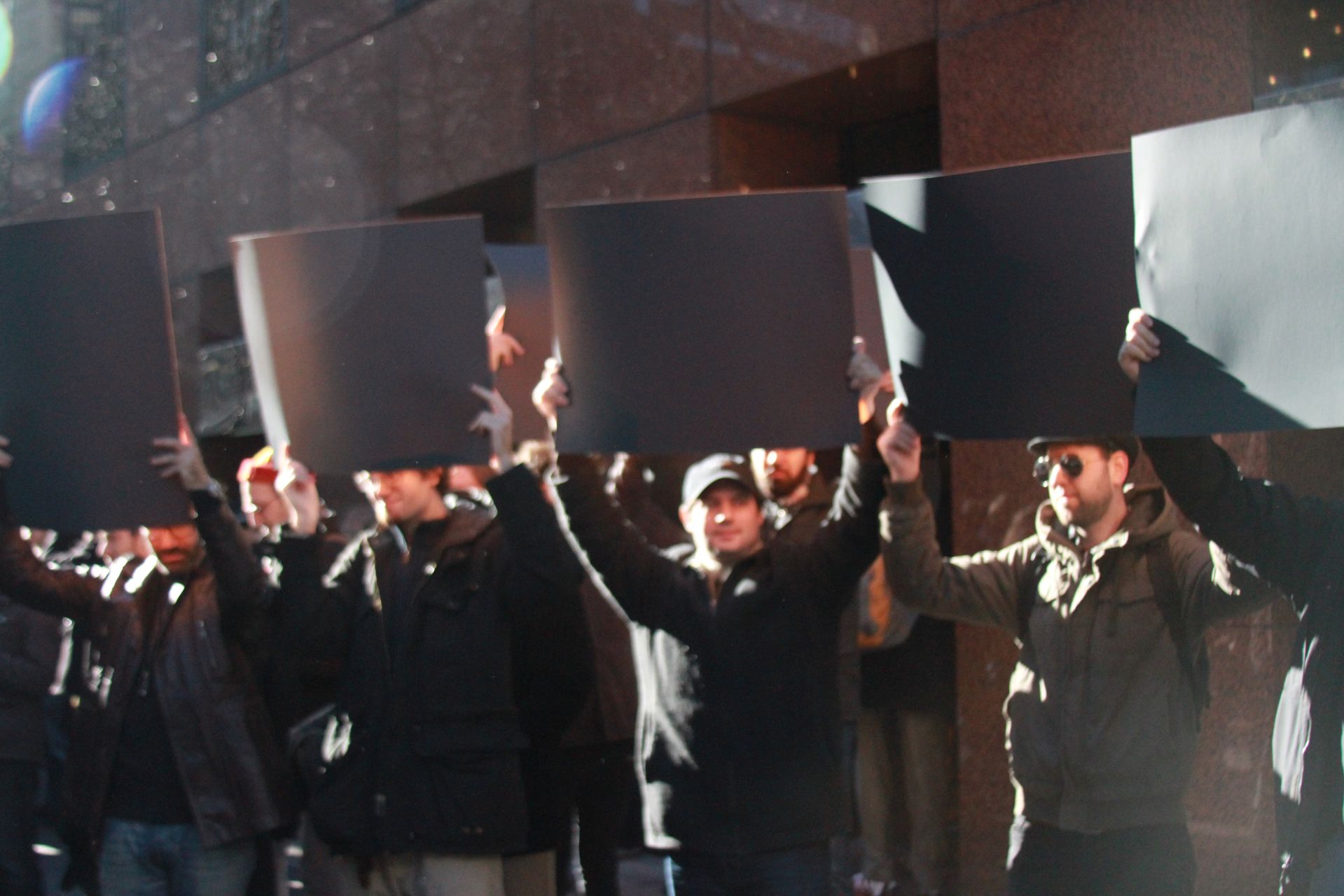 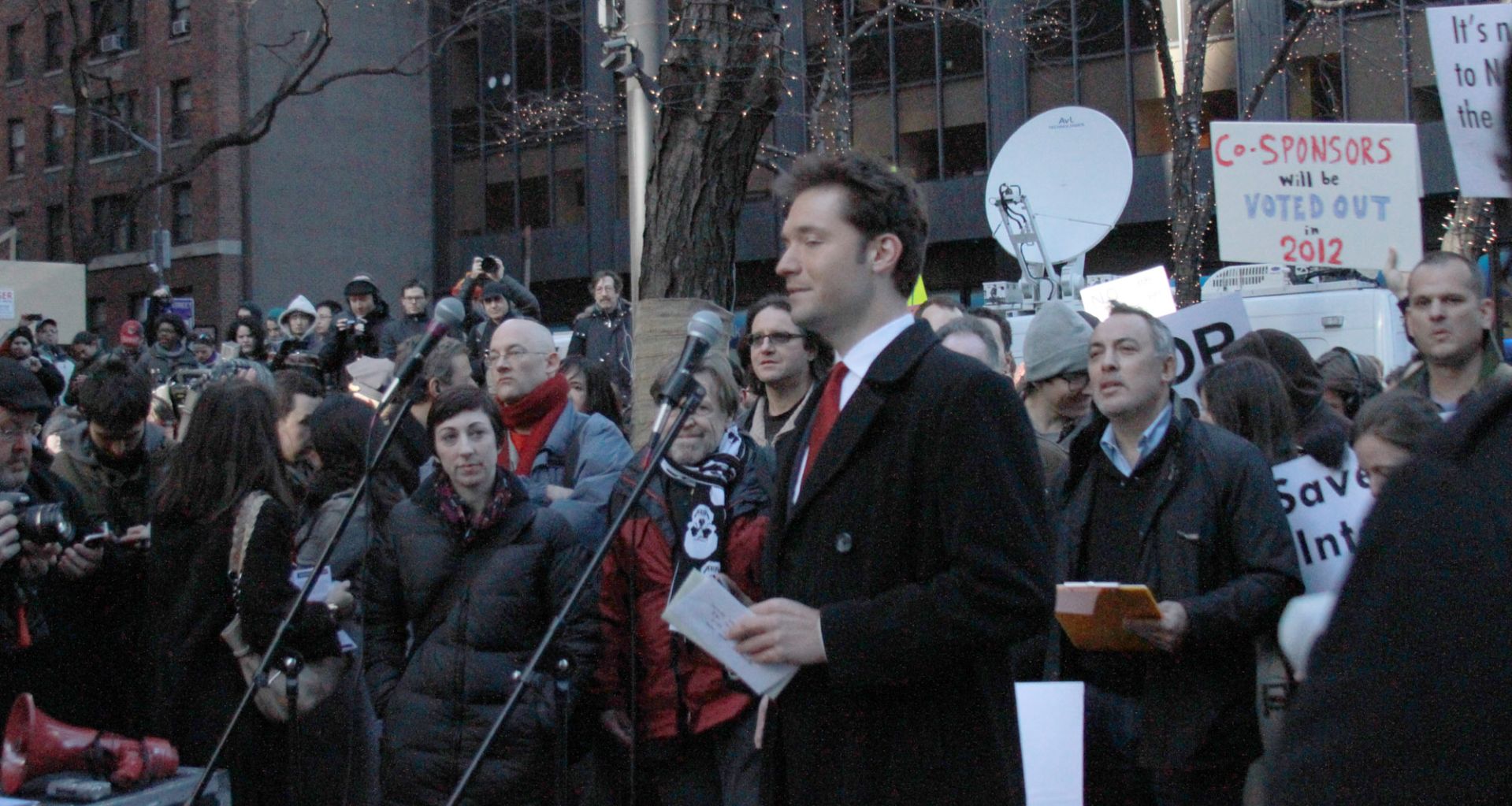 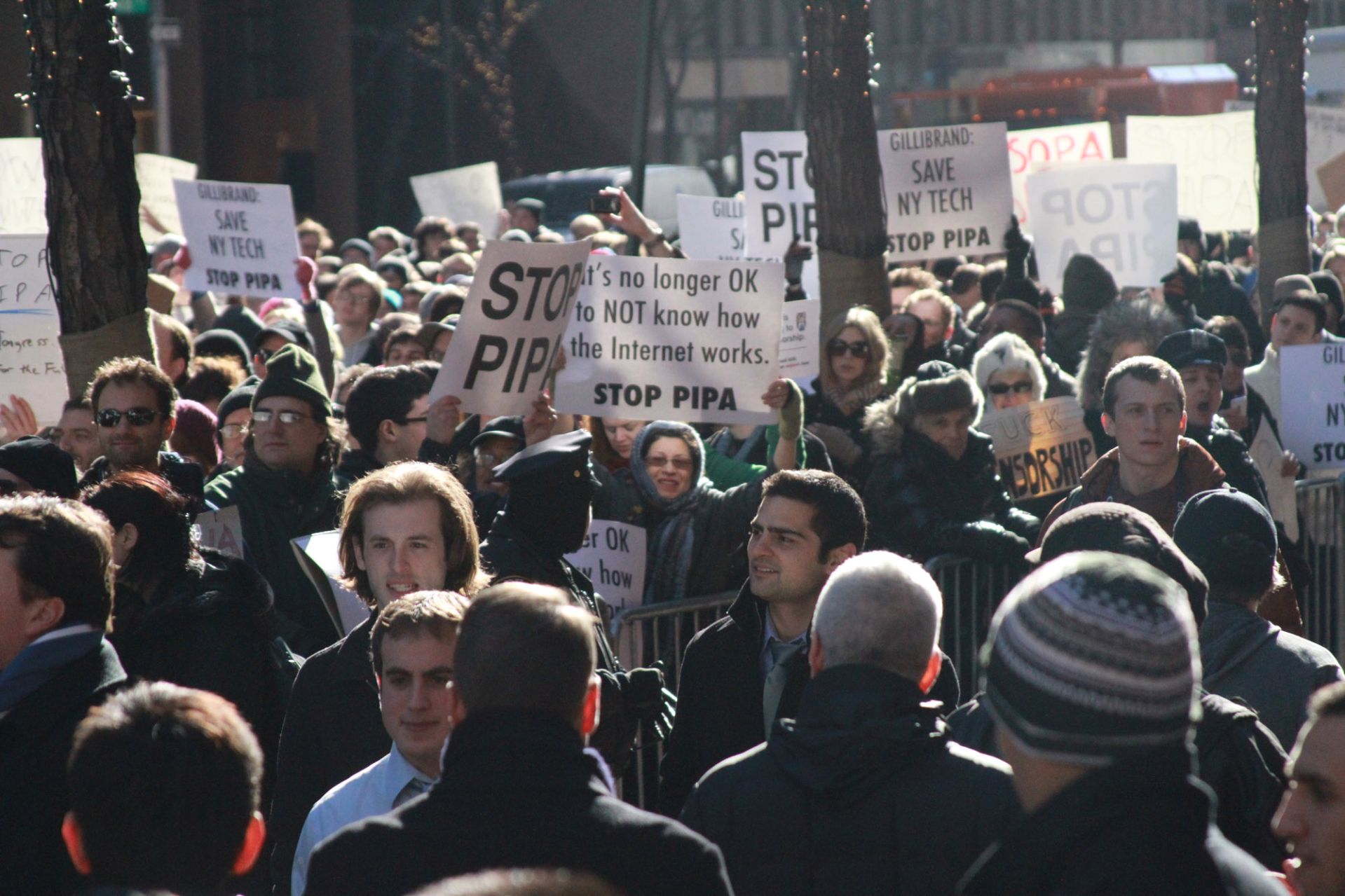 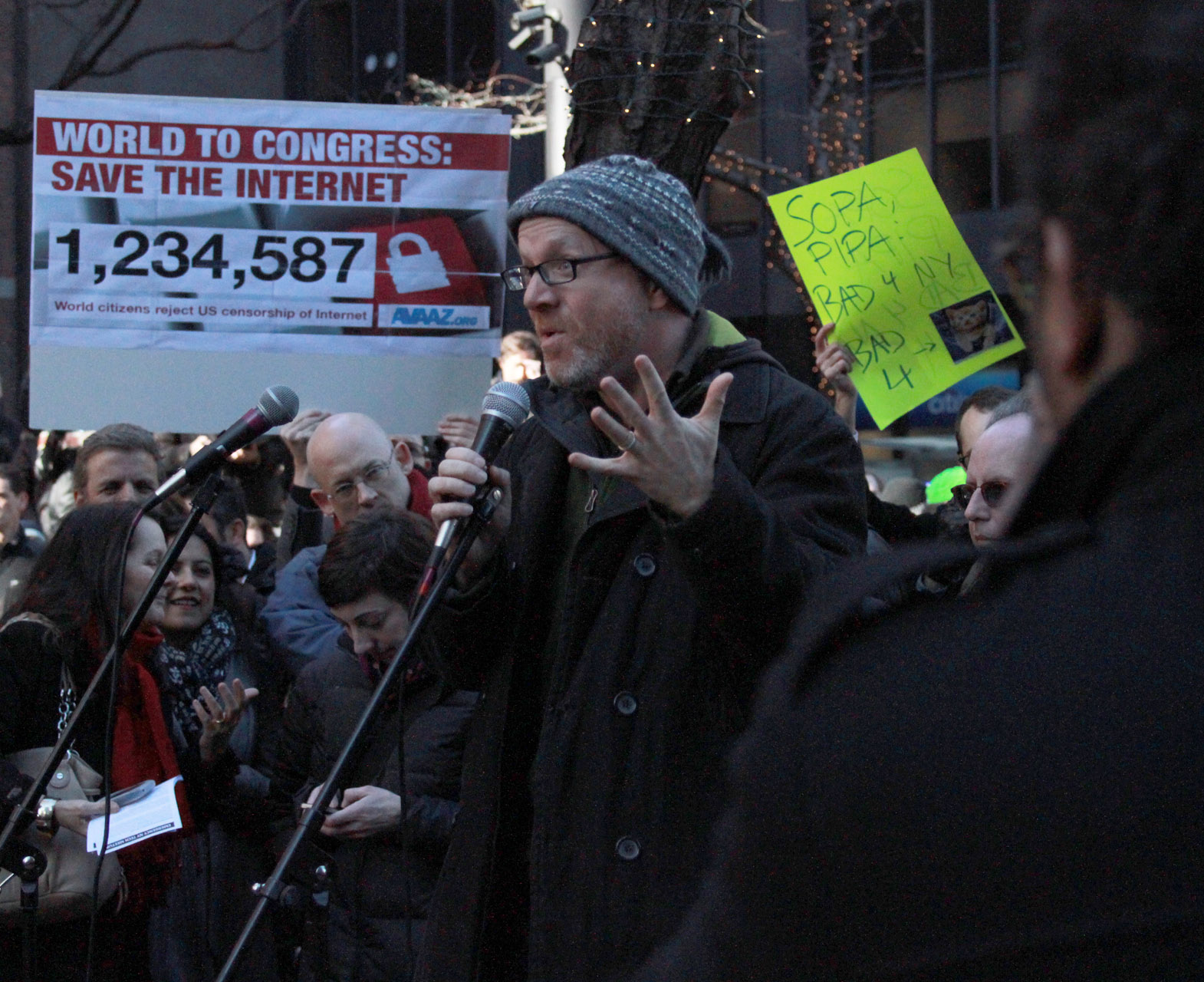 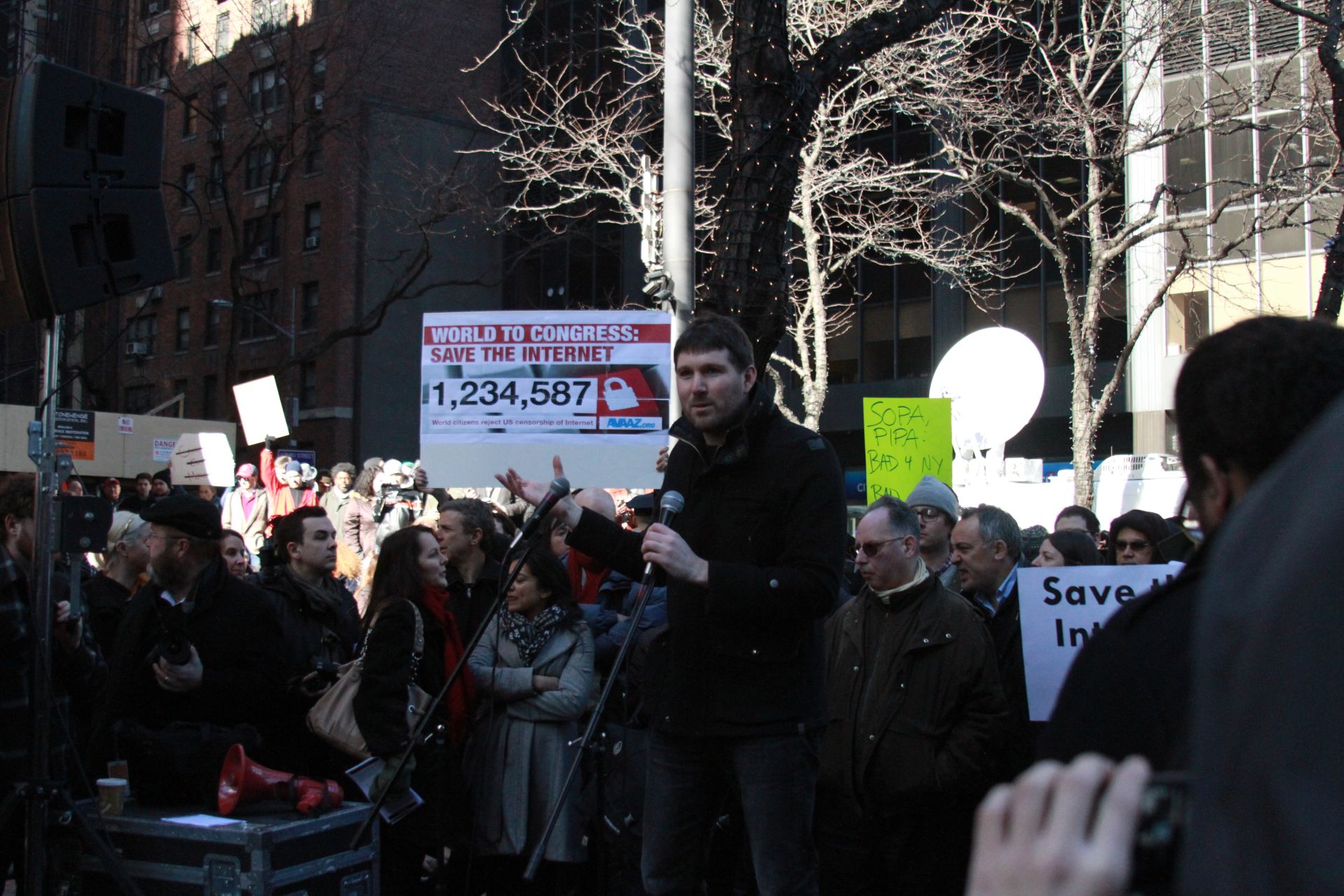 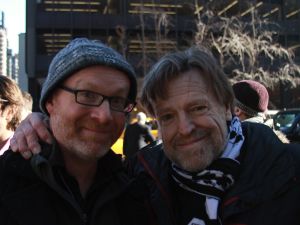 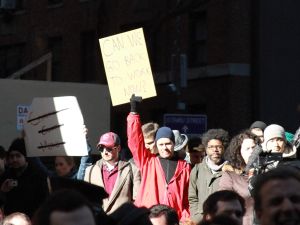 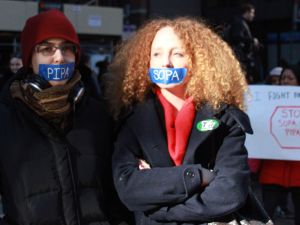 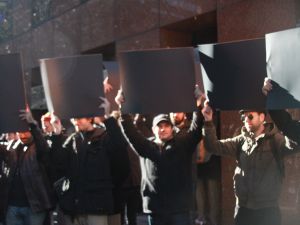 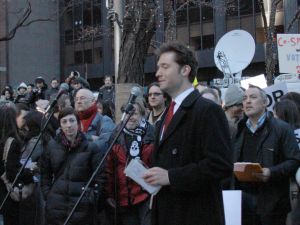 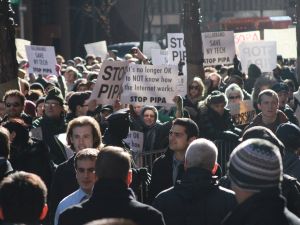 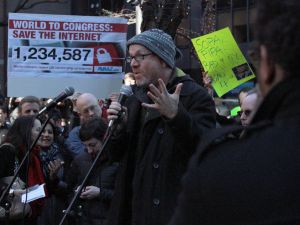 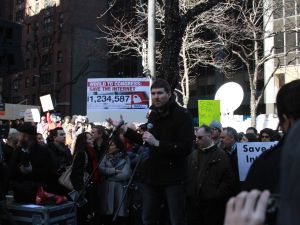 The self-proclaimed geeks of the New York tech industry gathered outside senators’ Gillibrand and Schumer’s office Wednesday afternoon to protest the PIPA and SOPA acts, that they say will lead to the end of the internet as we know it.

Alexis Ohanian, co-founder of Reddit, brought sympathy cards which he planned to hand-deliver to the senators, mourning the death of the internet.

Scott Heiferman, Meetup CEO, held up a sign after his speech that read, “Can we go back to work now?” in a cunning reference to the jobs the industry creates in New York, and perhaps the cold weather too.

Jessica Lawrence, managing director of NY Tech Meetup, felt for the kids who had to do their homework without the help of Wikipedia, after the site shutdown for the day to show support for the protests, “that tells you how much the internet affects the whole of society,” she said.

“It would be unthinkable if it passed,” said Mr. Barlow. Responding to whether he thought Hollywood lobbyists are actively flexing their muscles in this bill, he said “I mean Lamar Smith, who is kind of a small time Texas Representative, got over $60,000 in the last election from Hollywood.”

“I take the backers of the bill at their word,” Mr. McLaughlin said. “They are concerned about a legitimate problem: counterfeiting overseas and copyright infringement overseas, but [the bill] is not simply a function of Hollywood lobbying, it’s who [Congress is] used to hearing from.”

He added, “They are used to hearing from Hollywood, now the internet community is mobilizing to say ‘we’re here, we matter and we’ve got legitimate problems with how they are going about pursuing these well intentioned goals.’”

Mr. McLaughlin thinks the movie and recording industries need to rethink their own plans. “It’s not so much that Hollywood and the recording industry are dying, it’s that some of the companies are having trouble adjusting to the new ways of making money,” he said.

So can the “well-intentioned” goal of policing and stopping piracy actually be enforced successfully and without quelling a vibrant startup industry? Mr. McLaughlin thinks so. “Domestic privacy is not a problem because we have the DMCA here, who take copyright seriously and pursue it.

What examples can he give when such clampdowns were fruitful? we asked.

“Well, we’ve done that in the case of commercial child pornography, illegal online gambling and terrorist networks. In all those different areas we’ve proven that we can utilize techniques to find the bad guys, track them down, break into their email and in most cases arrest them. Those same techniques can be applied here.”