There was a line to get into Committee Room 4, or even the adjacent overflow room, all day; still, the hearing was very respectful, if emotionally charged and somewhat tense.

Early on, committee chairman, state Sen. Nicholas Scutari, (D-22), Linden, said he was implementing timed testimony and cutting off the discussion at 2:30 p.m. for a final vote.

Groups of four paraded before the committee. Supporters recounted stories from hospital rooms and jury duty to paint a picture of discrimination based on their private sexual preferences. For the other side, one bill opponent said, “If you vote (for) this bill in, in essence, you’re voting against God.” Clergy spoke in favor; clergy spoke against.

In the end, the crowd endorsed the panel vote with sonorous applause over a backdrop of boos. Eight Democrats approved the bill, and four Republicans opposed the measure, but only one senator’s vote was in question when the day began: state Sen. Kip Bateman, (R-16), Branchburg.

“I’m not sure since I’ve been in the Legislature that we’ve had a more emotionally charged issue than we’ve had today,” Bateman said. “I come into this, today, open-minded on the issue (but) I’m not sure this is going to fly with ths governor.” Bateman said the referendum option may be the best one. “I don’t think the govenror’s going to sign it,” he said. “New Jerseyans are well-educated. Let’s put it on the ballot.”

Gov. Chris Christie is expected to veto the bill if it is passed and also called for a referendum on the matter today. State Sen. President Steve Sweeney, (D-3), West Deptford, immediately shot down the possibility today in the committee hearing.

Bill sponsor, state Sen. Ray Lesniak, (D-20), Elizabeth, took umbrage with the referendum proposal. “This isn’t sports betting,” he said. “It’s up to the Legislature to guarantee that same-sex couples can exercise this right,” he said.

Previously a proponent of civil unions over marriage equality, state Sen. Paul Sarlo, (D-36), Wood-Ridge, changed his stance today. “Civil unions are not working,” he said. “Same sex couples are being forced to disclose their sexual preference in job interviews,” etc. He also said the vote on this bill was rushed and “set up to fail” in 2009.

State Sen. Joe Kyrillos, (R-13), Middletown, said he understands the importance of the issue, but questioned whether it should be the number one priority of the state legislative bodies. But he also called on the Attorney General and the Health Commissioner to investigate whether the civil union law is functioning properly. 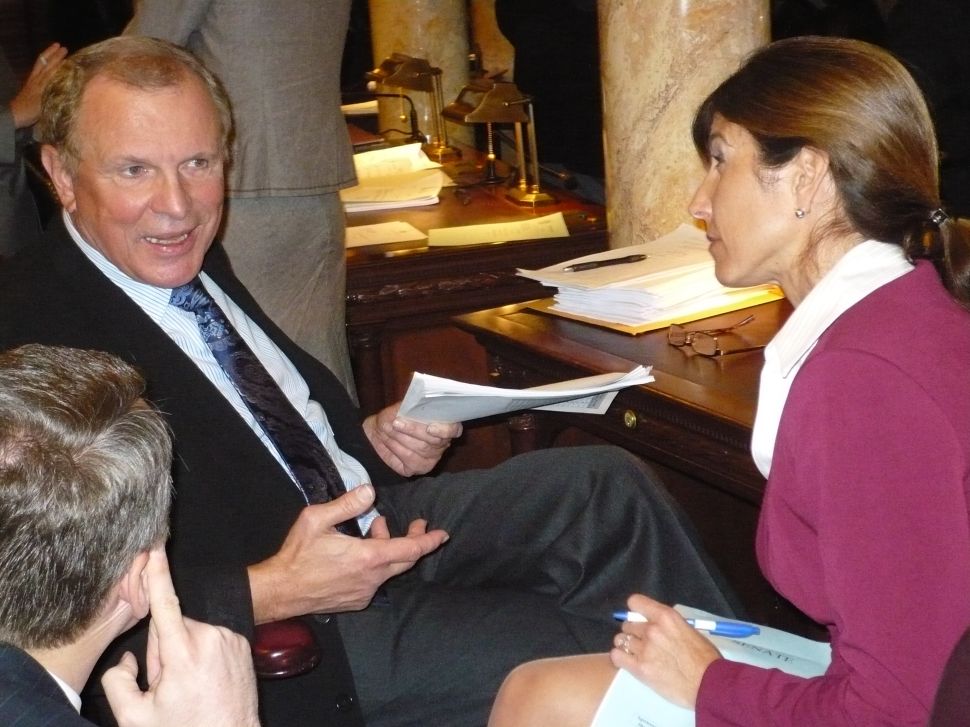