Shelley Adler, the widow of former U.S. Rep. John Adler who died in April, is set to announce her candidacy for Congress in the 3rd District Monday, according to two sources with knowledge of her plans.

Adler lives in Cherry Hill, which was carved out of the 3rd District during Congressional reapportionment, but a source said she plans to move into the district by the end of the year.

An official kick-off is planned for early next month.

If elected, Adler would become only the sixth woman to represent New Jersey in Congress.  The last was Republican Marge Roukema, who served from 1980 through 2002.  No woman has ever been elected to Congress in a South Jersey district.

Adler is Of Counsel at Earp Cohn, a Cherry Hill law firm, and is a past member of the Cherry Hill Township Council, serving from 2004 to 2009.

John Adler served in the state Senate from 1992 until 2009, when he was sworn in to the House of Representatives after defeating Republican Chris Meyers. Republican Jim Saxton represented the district from 1993 until 2009, when he retired.  From 1984 until 1992, Saxton represented the 13th District, but was moved to the 3rd during the redistricting process.

Also Sunday, Dr. Thomas Sacks-Wilner of Medford, who was long rumored to be considering a congressional run, told PolitickerNJ he will not be seeking the seat. 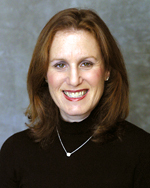