TRENTON – State Sen. President Steve Sweeney, (D-3), West Deptford, kicked off the 2012-2013 legislative session with a pat on the back for missions accomplished and a nudge forward for more reform.

Sweeney said he’s “a little older, a little wiser, and a little more battle-tested,” and joked that people have seen a more personal side of the lawmaker and his “designer ironworker sweatpants.”

“I believe I have taken the lessons I’ve learned and used them in a positive manner,” Sweeney said, “correcting myself when wrong, pushing difficult issues when needed, making change when it’s best for the people we serve.”

“We saved the pensions of hundreds of thousands of people in this state,” he said. But it was “certainly not the only issue I wanted to tackle,” he said. “The middle class and the working poor continue to see their jobs disappear.”

It will be jobs and the middle-class economy front and center going forward, he said.

Sweeney also admitted his failure to back marriage equality in 2009, and again promised his support in 2012.

He also said he’ll take another stab at shared services, which found lukewarm support in the last session.

New Majority Leader Loretta Weinberg, (D-37), Teaneck, said other priorities in the coming year should be an increase to the minimum wage, a renewal of the Earned Income Tax Credit, fewer tax breaks for “the rich and corporate America,” and more help for the working class. “It is not fair and it is not okay,” she said. 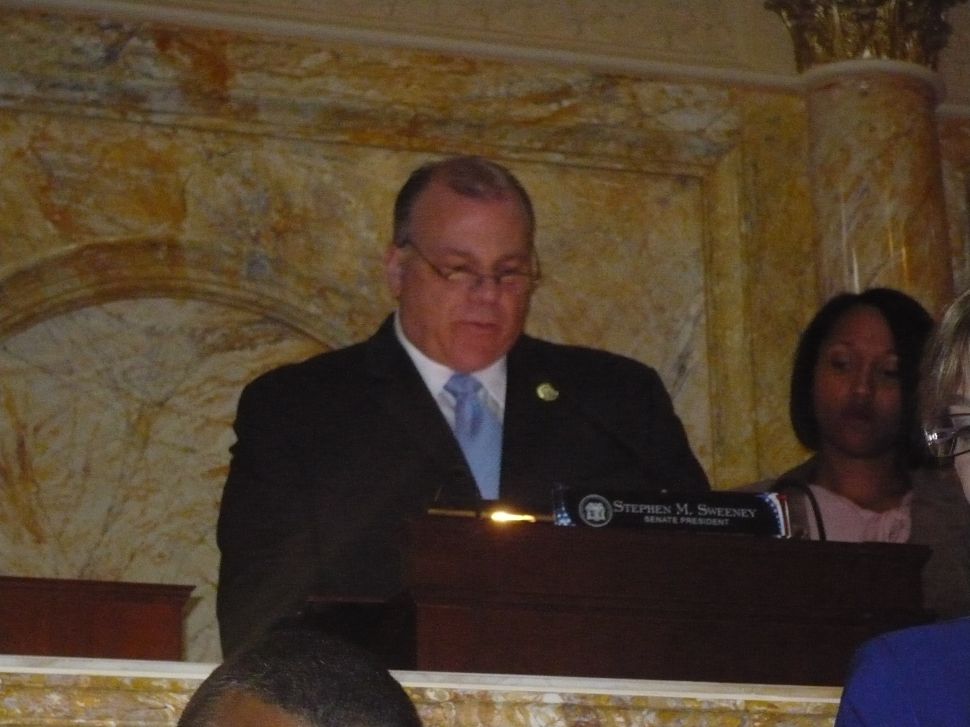