“The governor may not have said it directly, but yesterday saw the official opening of his campaign for vice president,” said Sweeney. “There’s only one reason for the governor to abandon his moral compass so quickly, and that’s to bulk up his conservative bona fides in a transparent audition for a Mitt Romney-Chris Christie ticket, plain and simple. What a sad rookie mistake.”

News reports show the Christie-backed Romney losing momentum in Florida, the next Republican Primary state, where a surging former Speaker Newt Gingrich has overtaken Romney in some polls.

Yesterday, given the chance, Christie said he didn’t want to touch Palin’s remarks.

Two years after he sat on his own hands on marriage equality, a transformed Senate President dismissed the governor’s “cop-out” for abdicating leadership on the issue by claiming that marriage equality would “overturn hundreds of years of societal and religious tradition.”

For his part, Christie told reporters yesterday that he believed Sweeney underwent a sincere turnaround on same-sex marriage.

In combat mode, Sweeney noted that slavery had been considered “a tradition” in this nation for nearly 250 years, until it took a leader in Abraham Lincoln to finally end the practice.

The Senate President said the governor’s other assertion yesterday – that marriage equality “is too serious to be treated like a political football” – would be laughable if it weren’t so incredulous. Sweeney noted that in California, campaign spending on that state’s same-sex marriage ballot referendum reached a reported $83 million.

“To say that a matter of civil rights should be subject to a political campaign is not only a cowardly abdication of leadership, but a slap in the face to those whose rights are being trampled,” said Sweeney. “It’s an embarrassing display of political greed. It is shameful for the governor to use his office to bully members of his party into abandoning their consciences in the name of his own political ambition.” 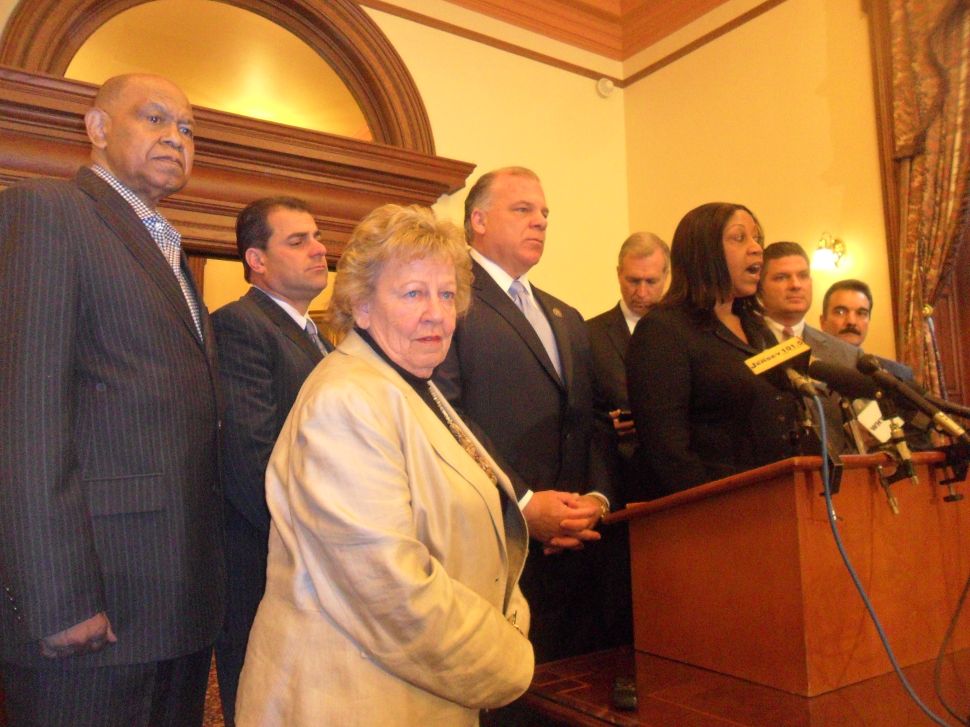