Sweeney said, “In his State of the State, Gov. (Chris) Christie said that New Jersey was headed in one direction and the country in another. That seems true, but not in the way he meant it. The country has seen the unemployment rate drop by half a point, while in the last three months, New Jersey has dropped just one tenth of a point.”

Sweeney keyed in on Christie’s selective examples in his speech of states raising taxes, specifically on top earners. “In that same speech, the governor also made sure to mock New York and Connecticut for their fiscal policies, and yet both states have unemployment rates lower than New Jersey’s. In fact, all our neighbors have unemployment rates lower than New Jersey’s and lower than the national average.”

“While it is always encouraging to see a downward trend in unemployment,” Sweeney said, “these figures are obviously not anywhere close to where we need them to be. I can’t help but wonder where we might be if the governor hadn’t vetoed most of our ‘Back to Work’ bills last spring. I also wonder where we might end up considering all the bills he just vetoed that would have created jobs for working people. It seems the governor has found money to give huge tax breaks to millionaires, but he doesn’t want to invest a single penny in trying to create jobs for middle class folks.” 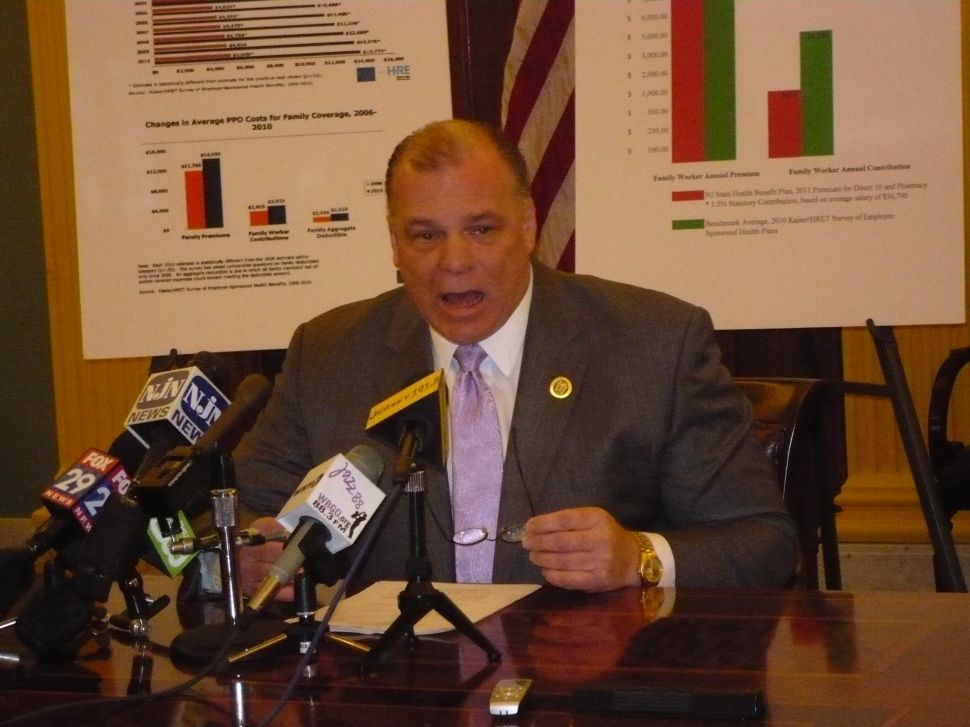