The most memorable moment from the first major Tea Party rally in front of New York’s City Hall, in April 2009, wasn’t the woman chain-smoking cigarettes by a guard rail, there, she said, to defend “smoker’s rights.” Nor was it the machismo menace that hung in the air, or the “Don’t Tread on Me” signs held by untrod-upon-looking junior insurance executives in for the afternoon from Glen Cove. It wasn’t even the palpable anger at Mayor Bloomberg, who (presumably) sat in his office a few feet away and, his efforts toward gun control and bike paths notwithstanding, was the only chance Republicans had of holding onto City Hall that November.

No, the most memorable moment of that afternoon was the speaker who took to the microphone and urged everyone present to put down their tricorner hats and give a round of applause to the people who had made the rally happen: the New York City Parks Department, the sanitation workers, the police guarding the barricades.

These were “the working people,” the ones lionized by this movement for the screwing they had been taking from the Obama administration and  assorted powers-that-be, but they were also government workers, their salaries and pensions paid for with hard-earned taxpayer dollars, their very existence dependent upon public largess.

In the two and a half years since that gathering, there have been hundreds like it across the country. In 2010, Tea Party protesters and their ilk not only took out the Democrats in Congress, but even managed to squelch the ambitions of a few Republicans who were deemed insufficiently conservative by the latest right-wing litmus test.

But by late 2011, Glenn Beck, once the Cassandra of this crowd, had been shuffled off the stage. The town hall meetings that first alerted the mainstream media to this new substrata of the body politic are now filled not with conservatives yelling at Democratic congressmen to keep their government hands off of Medicare but with liberals yelling at the Republican reps to let the Bush tax cuts expire. The debt ceiling has been raised, budgets have been passed. The likely Republican presidential nominee is as far removed from this tumult in the streets as the average CEO is from the jobs he outsourced.

Into this breach have slipped a couple of books that attempt to explain this new world we now find ourselves in. Each has its appeal and goes some way toward answering what remain the most compelling questions about the Tea Party movement: How, in the wake of perhaps the most conservative presidency since Hoover, did a bunch of white, comfortable citizens in late middle age take up the banner of public protest in the manner of those hated ’60s rabble rousers of their youth? What, in other words, made the silent majority—after the conclusion of a presidency that paid more fealty to the right wing than any in recent history, and just a few months into the next presidency—decide that they were mad as hell and not going to take it anymore?

One of the most sympathetic answers to this question comes from Theda Skocpol and Vanessa Williamson, the two Harvard political scientists who wrote The Tea Party and the Remaking of Republican Conservatism (Oxford University Press, 264 pages, $24.95). The two are receptive to Tea Partiers in a way seldom found outside the right-wing echo chamber. Their book is the result of sitting with Tea Party activists at rallies and in meetings, in an effort to determine what, exactly, motivates them.

On the whole, what they found is that the Tea Party is made up mostly of, in a word, grumps. They are galled at the prospect of a Democrat in the White House—especially a black, Ivy league, former law school professor Democrat. A number of Tea Partiers, they write, date their start in politics to the 1964 Barry Goldwater campaign. New recruits tend to be found in areas with large numbers of recently relocated retirees yearning for a sense of community. Although “members of the Tea Party do not bear the heaviest economic burden, they do have some of the most negative views of the economy … [T]hreats to [their] investments convinced many Tea Partiers that hard work is no longer fairly rewarded in America.” They are concerned that their children will not be as successful as they have been. Six in 10 believe that “when it comes to good jobs, America’s best days are behind it.” They love certain aspects of the federal government—Social Security, national parks, Medicare—but wag a disapproving finger at funds going elsewhere. Tea Partiers, the authors write, “condemn the behavior of the young in moral terms.” They fear that “younger people have ‘lost the value of work”’ and lament “that all the kids now ‘expect to be praised’ no matter how they perform.’”

Racial minorities come in for a bad rap with Tea Partiers: “Tea Party supporters are even more likely than other conservatives to believe that racial minorities are held back by their own personal failings.” But they aren’t the only ones:  “It is important to note that compared to other Americans, Tea Partiers rate whites relatively poorly on these characteristics, too. Tea Partiers have negative views about all of their fellow citizens; it is just that they make extra jaundiced assessments of the work ethic of racial and ethnic minorities.”

However unflattering all of that is, the authors have a tendency to downplay some of the more baleful aspects of the movement. They are not violent, they write—“tossing out the occasional emotional epithet or toting the occasional over-the-top sign is as far as they will go. Most Tea Party leaders may use aggressive language, but they do so only to foment activism for protests, electoral activities and other appropriate venues for the expression of political views and differences.” Never mind that Gabby Giffords still has trouble using her facial muscles. 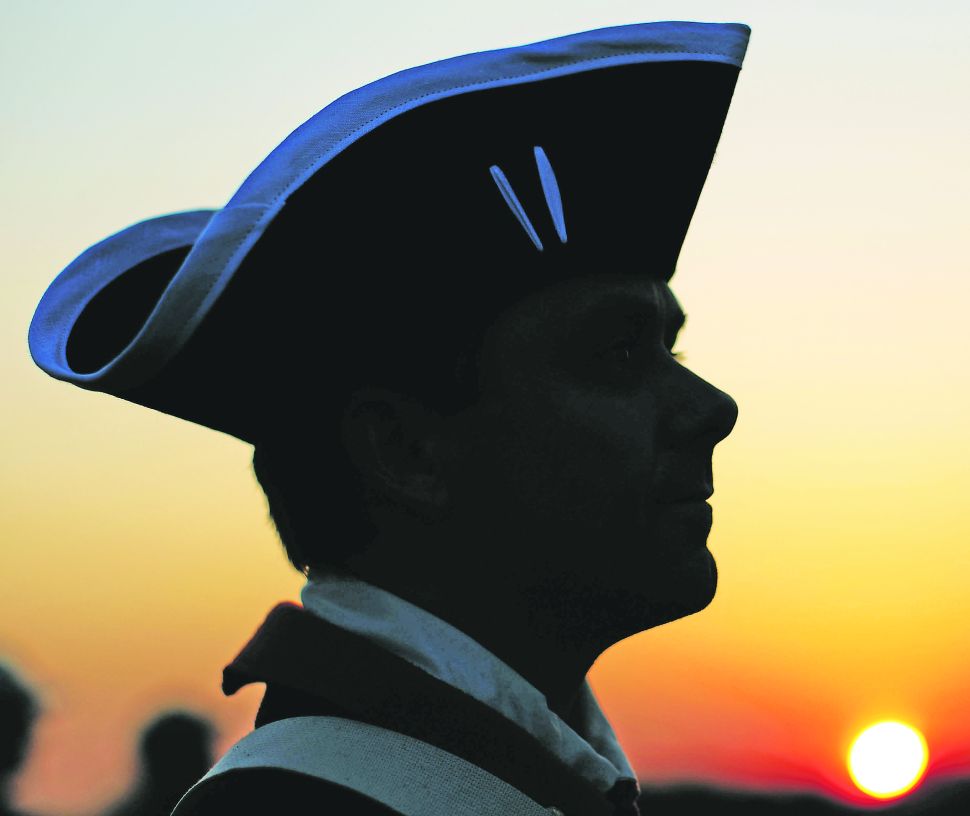 Filed Under: Politics, Washington, government, TEA PARTY, DC, from Eisenhower to the Tea Party, Rule and Ruin: The Downfall of Moderation and the Destruction of the Republican Party, The Tea Party and the Remaking of Republican Conservatism