Today, Rebecca Greenfield wrote a piece for The Atlantic Wire titled “Why The ‘S— Girls Say’ Meme Will Never Die.” This statement flies in the face of most other bloggers’ theory/desperate hope that “The Shit ____ Say” (Insert ethnicity, gender, sexual preference, location, religion, self-identification, or combination of the above into that blank spot) has already hit an saturation point in viral culture and will soon be as passe as Chocolate Rain parodies.

“‘Shit Girls Say’ will live on because anything can be fitted into its mold and still entertain,” Ms. Greenfield writes. “The meme only requires finding a type and having them repeat common sayings that the rest of the world will recognize and find borderline offensive yet amusing.”
Ms. Greenfield also makes note that the trend has already started adapting to TV and film characters: Shit Liz Lemon Says was put out by NBC, and a Maggie Smith/Downton Abbey version:

And while listicles of the best/worst versions of any meme can be as ubiquitous (and annoying) as the content in question, the sheer number of parodies that have popped up in the month since the original Shit Girls Say video premiered means that some of the more niche versions remain woefully under-seen.

So here is the definitive list of the 10 most random and obscure versions of Shit Girls Say. Until tomorrow, when “Shit Gay Hipster Mormon Yogis Who Love Buffy Say” drops and blows the rest of these suckers away.

(When dealing with religion, “Shit” is invariably turned to “Stuff.” So as not to offend God.) 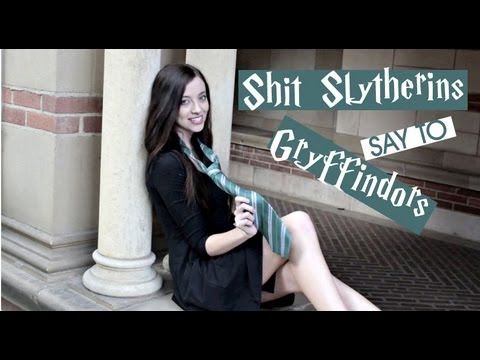