"I'm in this same situation. I even made a copy of the acceptance letter. I sent a copy to the admission office and left a voice mail. I will follow up with them on Monday. This is not fair and there should be something that can be done." 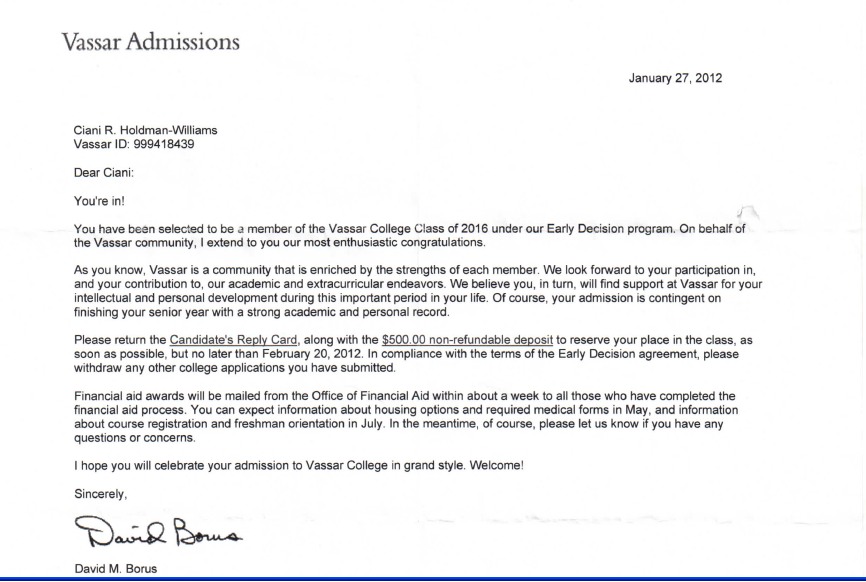 You have been selected to be a member of the Vassar College Class of 2016 under our Early Decision program. On behalf of the Vassar community, I extend to you our most enthusiastic congratulations.

As you know, Vassar is a community that is enriched by the strengths of each member. We look forward to your participation in, and your contribution to, our academic and extracurricular endeavors. We believe you, in turn, will find support at Vassar for your intellectual and personal development during this important period in your life. Of course, your admission is contingent on finishing your senior year with a strong academic and personal record.

Please return the Candidate's Reply Card, along with the $500.00 non-refundable deposit to reserve your place in the class, as soon as possible, but no later than February 20, 2012. In compliance with the terms of the Early Decision agreement, please withdraw any other college applications you have submitted.

Financial aid awards will be mailed from the Office of Financial Aid within about a week to all those who have completed the financial aid process. You can expect information about housing options and required medical forms in May, and information about course registration and freshman orientation in July. In the meantime, of course, please let us know if you have any questions or concerns.

I hope you will celebrate your admission to Vassar College in grand style. Welcome! 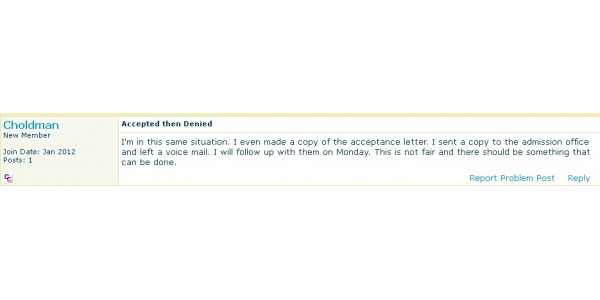 "I'm in this same situation. I even made a copy of the acceptance letter. I sent a copy to the admission office and left a voice mail. I will follow up with them on Monday. This is not fair and there should be something that can be done."
Advertisement

4:00 pm -me checking vassar decision -heartbeat rises -I AM IN -call my family -get excited -called my friends and went out to party , my treat. (4:00 in US equals to night in my country) -Come back -Casually open mail -Mail from Vassar -"Ok it must be some extra congratulation" -while reading the e-mail, i notice the word "error" -heartbeat rises -heartbeat rises even more -not in.... FML

"electrika, we have been rejected, not deferred! we can't apply for regular decision it's over"
Advertisement

I got the acceptance letter at 4:00pm but the decline letter at 5'ish..... I even refreshed the page a few times until 4:30ish

"This is the worst day ever! On reading the signed letter that I'm in, my family and I spontaneously decided to celebrate at a resort near town. I was effectively celebrating while the whole issue went on, and only just read the email that I'm declined, with no available support since admissions office is closed. Now, I only have a saved letter on my computer as a momento that I was in for that short period of time (yes, I was so excited that I saved a copy of the letter.) I'm crushed." 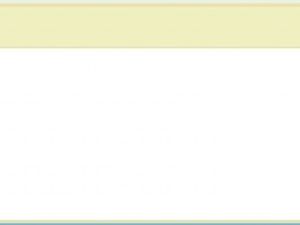 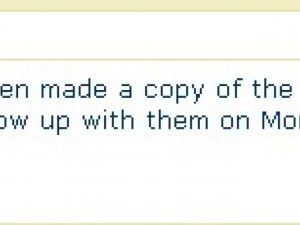 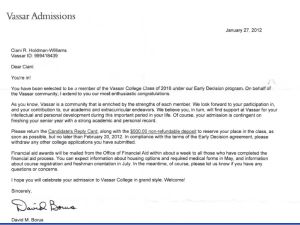 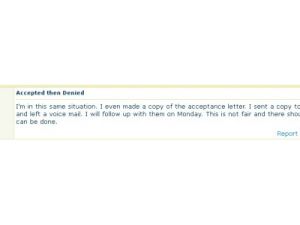 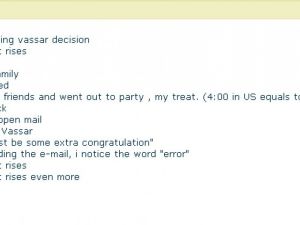 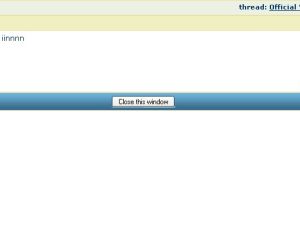 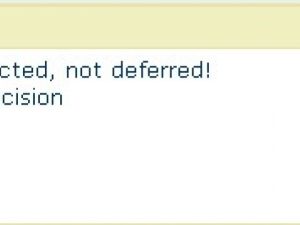 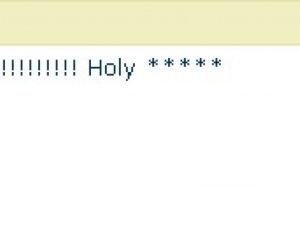 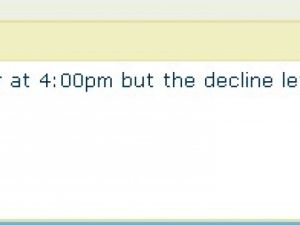 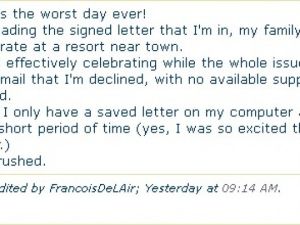 Yesterday, The New York Times let the world in a secret about upstate liberal arts college Vassar: The school had sent out 70 early decision acceptance letters by accident on Friday to candidates that were actually rejected from the school.

While this might be chalked up to a Oops! moment (as was the headline at The Daily Mail), the emotional toll for students and families who celebrated acceptance only to be told an hour later that they actually hadn’t gotten in to the prestigious “Seven Sisters” school were devastating.

The New York Observer spoke to a family member of one of the accepted/rejected applicants, Ciani Holdman-Williams from Arlington, Texas. His uncle, Kevin Holdman, had been helping him through the application process.

“I think this is wrong, this is totally unacceptable,” Mr. Holdman told the Observer. “Kevin had a 3.6 GPA. He teaches Sunday class every week, spends every summer as a counselor at a Bible camp for kids, and volunteers at Mission at Arlington. He’s treasurer for his French Club, and participates in Art Club…he’s an amazing artist who has won awards in local competitions.”

Mr. Holdman logged in to Vassar’s site at 4:00 p.m. EST on Friday and printed out his nephew’s acceptance letter, which included a student ID. He called Kevin, who checked the site four minutes later to find his application revoked.

“Kevin and his mother contacted the school and received this very generic form letter from the president. I don’t know what kind of actions we can take, but if the school refuses to work with us, we’re ready to go to court over this,” Mr. Holdman said.

Many of them took to the website CollegeConfidential to share the good news, only to come back the same day and vent their feelings.