Hey, this is a great new trend! Aggregating all the funny videos you remember from the last month and then calling it a comprehensive listicle of the year’s most side-splitting viral content! Huffington Post is doing it! Paper Magazine is doing it! So is Videogum, Splitsider (technically they mixed things up with funniest web series), and…Politico? Sure.

Except we all know this is a big lie. There was only one truly funny video of 2011, and it’s not been on any of these lists so far.

No, it’s not Shit Girls Say, and it’s not Honey Badger (though Honey Badger wins best overall video and life experience in our book). It’s not even a parody of Rebecca Black‘s “Friday“! Or Disappointing Gay Best Friend (Sorry Tyler and Mikala!).

The funniest video of 2011, to put it simply, was of Occupy Wall Street member Ted T. Hall, he of the trust-fund and the funny hat and the jumping turnstiles at airports as a romantic gesture, totally freaking out in Zuccotti Park.

Okay, so it’s not funny “ha ha.” But we bet it’d be funnier if you were on whatever Mr. Hall was on when he filmed this. Not to make light of the OWS movement, which definitely played a big part in getting Time magazine to give the Person of the Year award to “Protesters,” but you do know this is how a lot of the country imagines Zuccotti Park demonstrators, right? 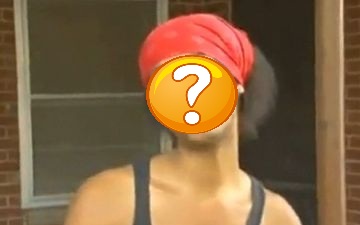