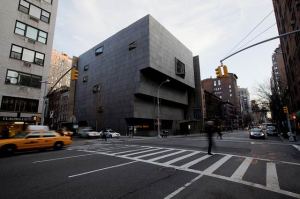 Public records show that the Whitney Museum owes some $160,000 in back taxes related to 743 Madison Avenue, a property the museum used to own back when it planned to expand uptown and bought six nearby townhouses and two brownstones before their plans were nixed by the Landmarks Preservation Commission. The news was first reported by DNAInfo.

A spokesman for the museum said the check is in the mail.

We’re inclined to take the Whitney’s word on this one. When we last checked in with their fundraising for the new building downtown, set to open in 2015, they’d already raised some $500 million toward an overall goal of $720 million.