Aziz Ansari and Drake at The Bing Bar

Day 2 of the Sundance Film Festival found The Observer snowbound in the extreme. We’re talking enough snow to give Mayor Bloomberg and the New York City transit system nightmares. Astronomic surcharges became the norm as Park City’s anemic livery force struggled to even make the most ludicrous time frames: “Yeah I can have a guy up there in like 3 and a half hours?” deadpanned one audacious taxi dispatcher, who seemed to take pleasure in seeing so many city slickers squeal.

Despite the odds, The Observer met up with Ogilvy Entertainment’s Creative Director Otto Bell to snag tickets for what would be our first activity of the day—a 3:30 screening of Escape Fire, an uplifting exposé on the pitfalls of the American healthcare system—which marked our event sans bottle service.

Next stop: Back to the den of debauchery and Xbox game demos, the Bing Bar, for Lay The Favorite’s cast dinner.

Sucked back in, we head to Bing Bar to see what Aziz Ansari and Drake have up their sleeves.

In it’s last gasp of life, our phone lit up reminding us that Ryan Raddon aka. DJ Kaskade would be taking the stage shortly at our favorite petting zoo: Tao. 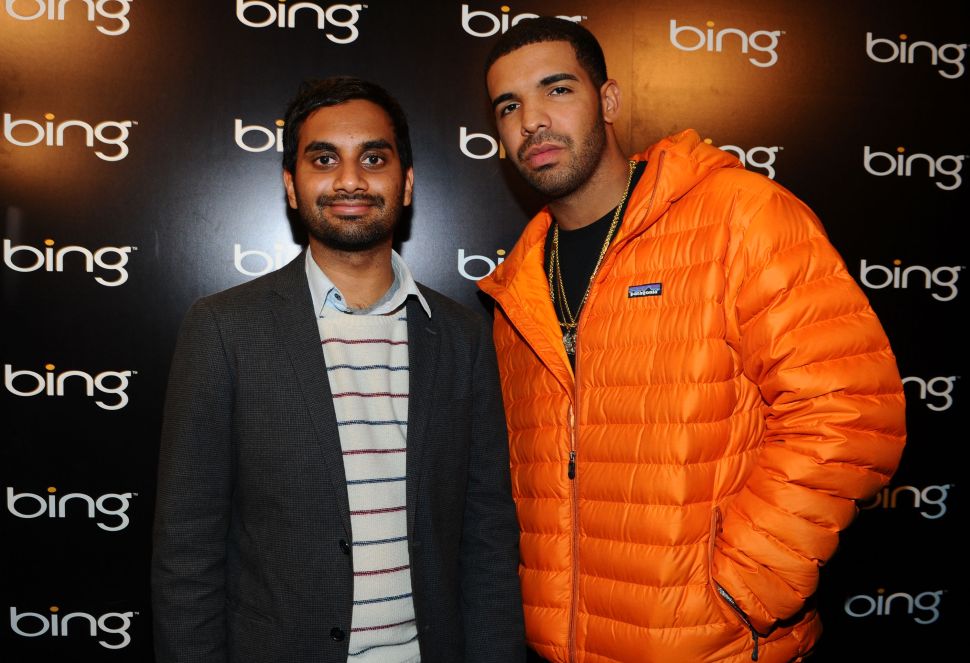