Among the reasons New York has the finest skyline in the world—consider that a statement of fact, not opinion—is not simply the skyscrapers bounding up the island of Manhattan but also their unusual arrangement. Like a great mountain range, the city is arrayed around the twin peaks of Downtown and Midtown.

Perhaps the appeal is Freudian.

It has long been believed that New Yorkers could thank God for their unusual agglomeration of buildings (or, for those on the Upper West Side not believing in His good work, eons of geological development). It turns out that Manhattan has a bedrock unusually suited to the construction of very tall buildings, in many cases just a few meters below the surface. But that solid land drops away in the gooey middle of the island, long limiting the heights of buildings in the city.

Or so the aphocraphists have been passing down for decades, at least since noted geologist Christopher J. Schuberth released his seminal The Geology of New York City and Environs in 1968. Therein, he posited his belief in a correlation between bedrock and big buildings, and like the Empire State Building, it has stood the test of time. But like a bad retaining wall, it all came tumbling down last month.

“Everybody is looking at this backwards,” Jason Barr, an economics professor at Rutgers, told The Observer in a phone interview. “It’s not an issue of supply, of where you can build. It’s an issue of demand, or where you want to build.” Mr. Barr, along with two colleagues from Fordham, published a study in December issue of The Journal of Economic History debunking what he calls the Manhattan bedrock myth. Using 173 random core samples from the Battery to Central Park South, Mr. Barr, Troy Tassier and Rossen Trendafilov were able to show that there was no correlation between the depth of bedrock and the likelihood of a skyscrapers construction—in the case of their study, a building at or above 18 stories, which was tall for the time when the city’s two business districts developed between 1890 and 1915.

What the economists found was that some of the tallest buildings of their day were built around City Hall, where the bedrock reaches its deepest point in the city, about 45 meters down, between there and Canal Street, at which point the bedrock begins to rise again toward the middle of the island. Indeed, Joseph Pullitzer built his record-setting New York World Building, a 349-foot colossus, at 99 Park Row, near the nadir, as did Frank Woolworth a decade later.

By studying historical construction data, the researchers were also able to determine that at the extreme, the most a deep bedrock could add to the costs of a building is about 7 percent, and therefore negligible when it comes to the economics of construction. “Compared to the cost of land in Manhattan, that amount is miniscule,” Mr. Barr said. Mr. Barr has carved out a niche as a skyscraper economist, studying issues such as the economic determinants of a skyscraper’s height in Manhattan—often bigger than they should be—and whether the world’s tallest buildings can be used to predict a coming economic calamity. “These things tend to get built, and then people go looking for the crisis,” Mr. Barr.

Growing up on Long Island in the 1970s, Mr. Barr said he used to be scared of the big city, but after he started hanging out here on weekends, coming down from Cornell to visit a friend at Columbia, he fell in love. Still, he stumbled onto his specialty the way most of his colleagues do. “As an economist, you’re trained to seek out unusual data sets,” Mr. Barr said. “No one else was really doing this, so I decided to.”

So why the Midtown migration? Like cavemen following mammoth across the Bering Strait, early developers were following their prey. “Who’s moving north?” Mr. Barr said. “It’s the wealthy and the middle class. If you’re an insurance salesman, do you really want to be traipsing through the slums of Five Points or the factories of Soho to get to work? That land was cheap, but the location was worthless.” 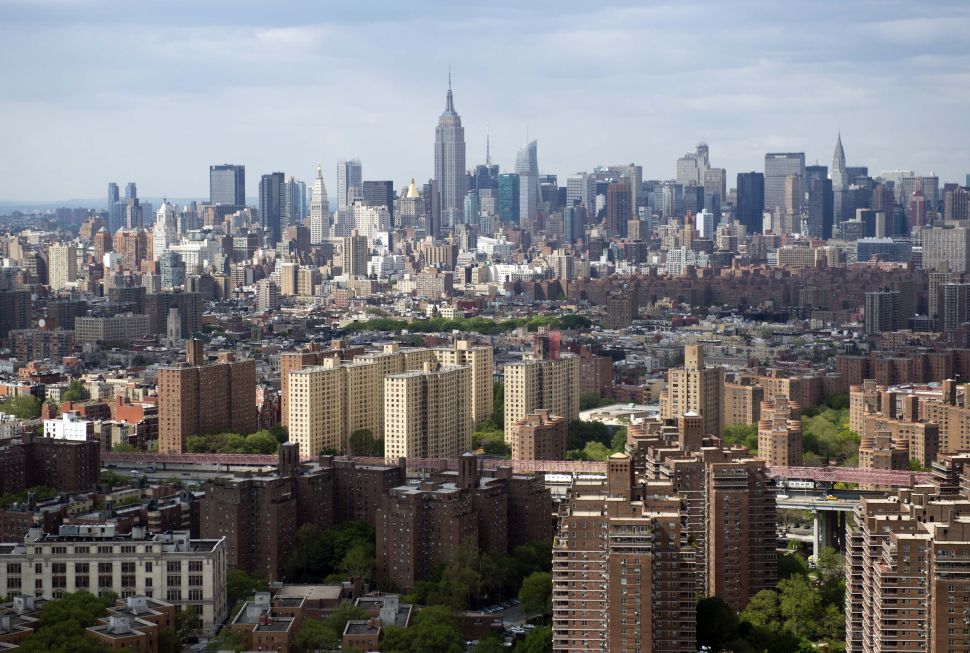