“I’ve decided I’m not going to do it,” the Assemblywoman told PolitickerNJ.com.

“I like what I’m doing too much, and the issues we’re confronting are too important,” said the teacher by trade from Paramus.

The buzz around Wagner as a challenger to the New Jersey delegation’s most conservative Republican congressman started when U.S. Rep. Steve Rothman decided to move from his hometown of Fair Lawn into his reconfigured Bergen-based district rather than face an advantaged Garrett.

State Sen. Loretta Weinberg (D-37) drove some of the early urging for Wagner – battle-tested in 2011 – to face the hardnut Tea Party branded Garrett. 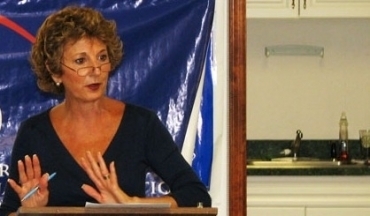