If you are a hardcore fan of food industry gossip, you probably remember Abbe Diaz, the bootstrap socialite and ex-maître d’ who spent a bit of time between 2004 and 2009 being one of Gawker’s favorite micro-fameballing targets. Ms. Diaz, whose website PXThis.com was as confusing as it was juicy (we admit: we kind of miss the forums some days), managed to parlay her 15 minutes into a book deal in 2004, titled PX This (How I Became a Published Author, Got Micro-Famous, and Married a Millionaire). (Or just PX This.: (diary of the potted plant).)

None of which does anything to explain the book trailer she just released for a follow-up to PX This. In fact, it might be better to go into this trailer without any knowledge of Ms. Diaz or her feuds with various media outlets at all. It’s more fun that way.


So what we’re gathering from this trailer is a) Ms. Diaz is still mad with the writers of Gawker circa 2006 (watch out, Emily Gould!) and Nick Denton is an angry American toddler. Also, that PX Me will be a scathing(?) satire about a Gawker-ish employee whose employer makes him write mean things about Ms. Diaz.

We’d be sold even without the book’s inevitable jacket quotes from no-less-esteemed a writer than Salman Rushdie that Ms. Diaz adds at the bottom of her video’s post:

“This writing stuff is HARD.” – Salman Rushdie (to friends on Facebook®)

“If you think the writing is hard, wait ’til you try the selling part. Oh, wait…” – Abbe Diaz (in response to friend, Salman Rushdie, on Facebook®) 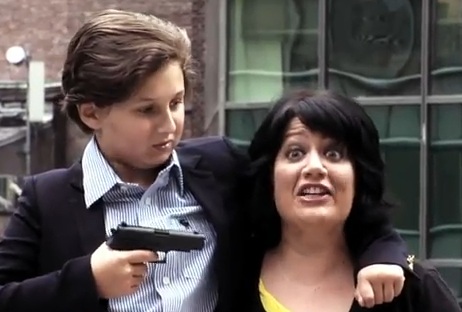