We Need to Talk About Kevin, Lynne Ramsey‘s adaptation of Lionel Shriver‘s deeply disturbing novel of motherhood and America and school shootings and baby sociopaths (also, eyeballs) is coming out tomorrow in theaters. So far the reviews have been mixed. Some people who have already seen the film like the adaptation (people like Lionel Shriver). Some people did not like it. It’s probably going to come down to a matter of personal taste.

But already there’s a trend that needs to be addressed regarding this film. So can we all be on the same page about the We Need to Talk About Kevin parodies being this year’s Inception parodies? Look, it’s already starting…

We need to talk about Kevin McCallister (Home Alone mashup)

(Almost too easy, since MacCaulay Culkin already played a Kevin prototype in The Good Son. Also, he looks more like Tilda Swinson than Ezra Miller.)

Randy Newman‘s theme song for We Need to Talk About Kevin (SPOILER ALERT!)

We Need to Talk About Kitten

We’re sure by Monday Buzzfeed will have a “Top 20 Hottest Screenshots of Ezra Miller Being Creepy” gallery, and then comes more mashups (John C. Reilly from Stepbrothers faces off against John C. Reilly as Franklin? Discuss!), CollegeHumor sketches, and McSweeney’s satirical fan fiction. 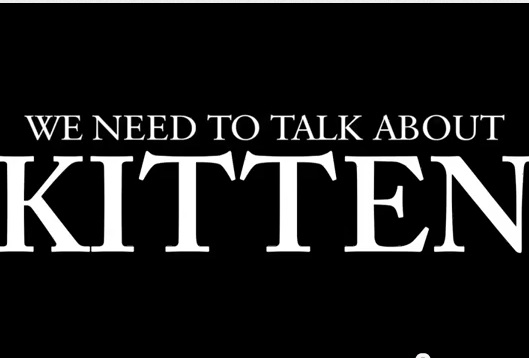