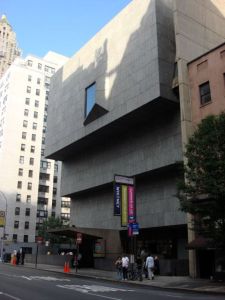 Contract negotiations between the Whitney Museum and its art handlers union, Teamsters Local 966, are nearing their deadline, leaving some to wonder if the contract, which expires Jan. 31, will be renewed in time for March’s Whitney Biennial.

Blouin Artinfo reports that, unlike Sotheby’s—whose art handlers have been locked out since July as part of ongoing negotiations—the Whitney isn’t likely to play hardball:

“Those close to negotiations said the contract issue is particularly sensitive in light of the Whitney’s impending move to its new downtown location in 2015. The union was careful to negotiate a five-year contract so that their jobs would be safe after the move. ‘We have a long history with the Whitney — they’re rather progressive,’ said [Teamsters Local 966 manager James] Anderson. ‘They’re not coming at this from a place where they’re going to lock people out. Hopefully, we’re not going to be another Sotheby’s.’”

A representative for the Whitney told the website that negotiations have been “cordial and respectful.”