Every generation gets its own flavor of survivalist–people driven to prepare for the end of societal order, AKA the Apocalypse, Armageddon, an epidemic of uncontrolled terrorism or any old kind of cataclysm–and Reuters reported Saturday on the most recent incarnation: “preppers.” Are preppers any different from previous forward-thinking folks who dug bomb shelters or laid up stores of long-lasting dried goods and arms, just in case?

They are following in the footsteps of hippies in the 1960s who set up communes to separate themselves from what they saw as a materialistic society, and the survivalists in the 1990s who were hoping to escape the dictates of what they perceived as an increasingly secular and oppressive government.

“Modern preppers are much different from the survivalists of the old days,” [said attorney and blogger Michael T. Snider]. “You could be living next door to a prepper and never even know it. Many suburbanites are turning spare rooms into food pantries and are going for survival training on the weekends.”

The prepper next door is serious. They’re not looking to Mayan prophecy or a wizened fundamentalist like Harold Camping for cues as to when the end might come–they believe it could happen any time.

The idea behind becoming a prepper may seem more rational now than it once did. Worries about the nation’s economic woes alone can make a Mad Max machine-gun run to trade pelts or dry goods for gas and potable seem much closer to reality than it was when that movie premiered in 1979 (and things were pretty tough then).

Being ready for what preppers call “uncivilization” is mainstream enough that one major membership warehouse chain has products geared toward holing up for a short time in your cabin, cellar or re-purposed missile silo. For less than the cost of an iPad (which would be useless in a catastrophe anyway, unless your Angry Birds addiction is just that profound), Costco will send the Shelf Reliance Ultimate Survival Pack to your door. It supposedly contains supplies enough for two people to survive up to two weeks. 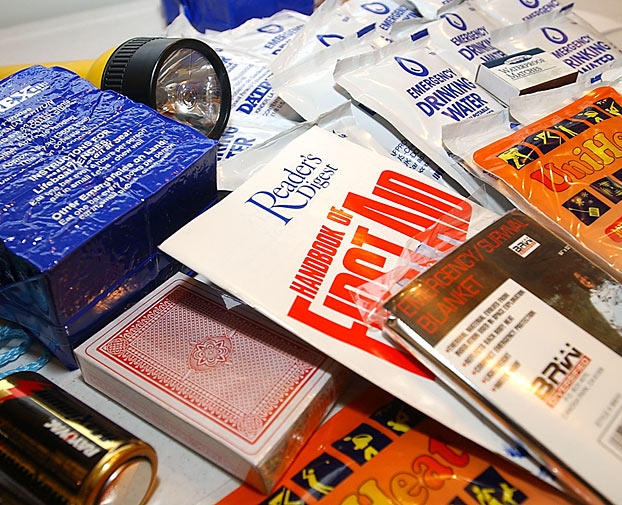