Just one more hit, and we're ready to face the world!

As people who have personally experimented with the AeroShot, the breathable caffeine inhalers (to varied degrees of success), we have our own opinions of its relative safety as the latest club drug. Just like we have our own opinion on Senator Charles “Kill all the Fun Things” Schumer, who this weekend teamed up with the F.D.A. to launch a full-scale investigation into the safety of the Breathable Food product.

But now that this ball is in motion, AeroShot’s founder Tom Hadfield is agreeing to comply with the government examination of his product.

From a press release today:

“We will cooperate fully with the FDA’s review to address the issues raised by Sen. Schumer and are confident that it will conclude that Aeroshot is a safe, effective product that complies with FDA regulations.”

Hey, if 5-hour ENERGY Shots are now an acceptable substitute for coffee, why not its breathable equivalent? 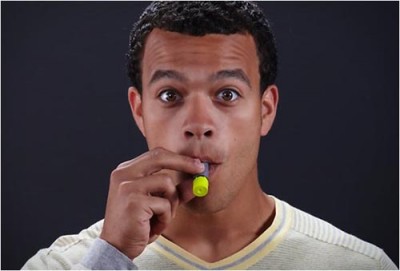