TRENTON – Standing under a banner reading “Welcome to the New New Jersey: Creating Jobs and Lowering Taxes,” the Assembly Republican leadership called on Democrats this afternoon to support the policies they and Gov. Chris Christie advocate for.

The litany of policies is a familiar one: passage of sick leave and vacation payout reform, an across-the-board income tax cut of 10 percent, giving Christie veto power over the functions of the independent authorities, and education reform, such as the passage of the Opportunity Scholarship Act.

With the governor’s annual budget address scheduled for Tuesday, a couple of new themes were mentioned today, such as improving tourism and creating more opportunities for women to remain in the work force and balance a home life raising young children.

In his first press conference as Assembly Republican Leader, Assemblyman Jon Bramnick, (R-21), of Westfield, described the Democrats as a nice bunch, but he doesn’t think they govern all that well, and believes the GOP can produce enough wins in the next couple of years to be in the majority again.

Assemblyman David Rible, (R-11), Wall, said he wants to hold business roundtable discussions throughout the state, something he’s done in his own district the past four years that he said has yielded valuable feedback.

Assemblywoman Caroline Casagrande, (R-12), Colts Neck, pledged to work on issues to make the state more hospitable for women to have successful careers and have a successful home life, such as having companies offer flex time and mentorship programs.

Casagrande said women have already made strides in closing the wage gap, particularly in science and math fields.

“Women are in the driver’s seat,” she said.

He said if there wasn’t a successful tourism industry, property taxes would be higher.

Assemblyman Anthony Bucco, (R-25), Boonton, said the Democrats’ opposition to Gov. Christie’s proposed income tax cut, and their insistence on increasing the minimum wage, are the types of positions that threaten the gains made in the business community by Christie. 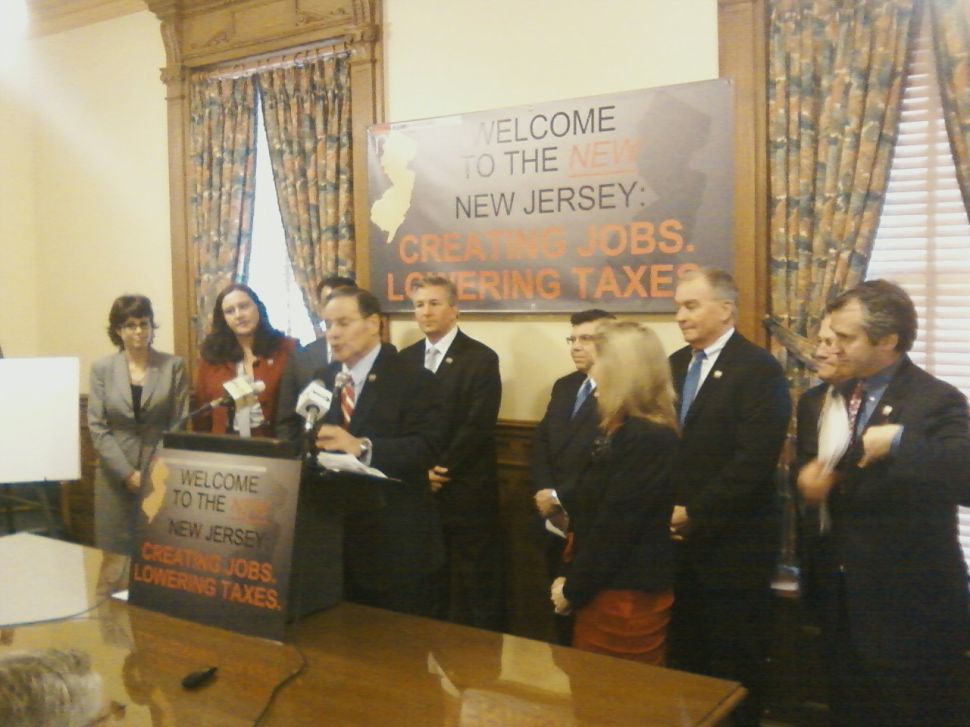