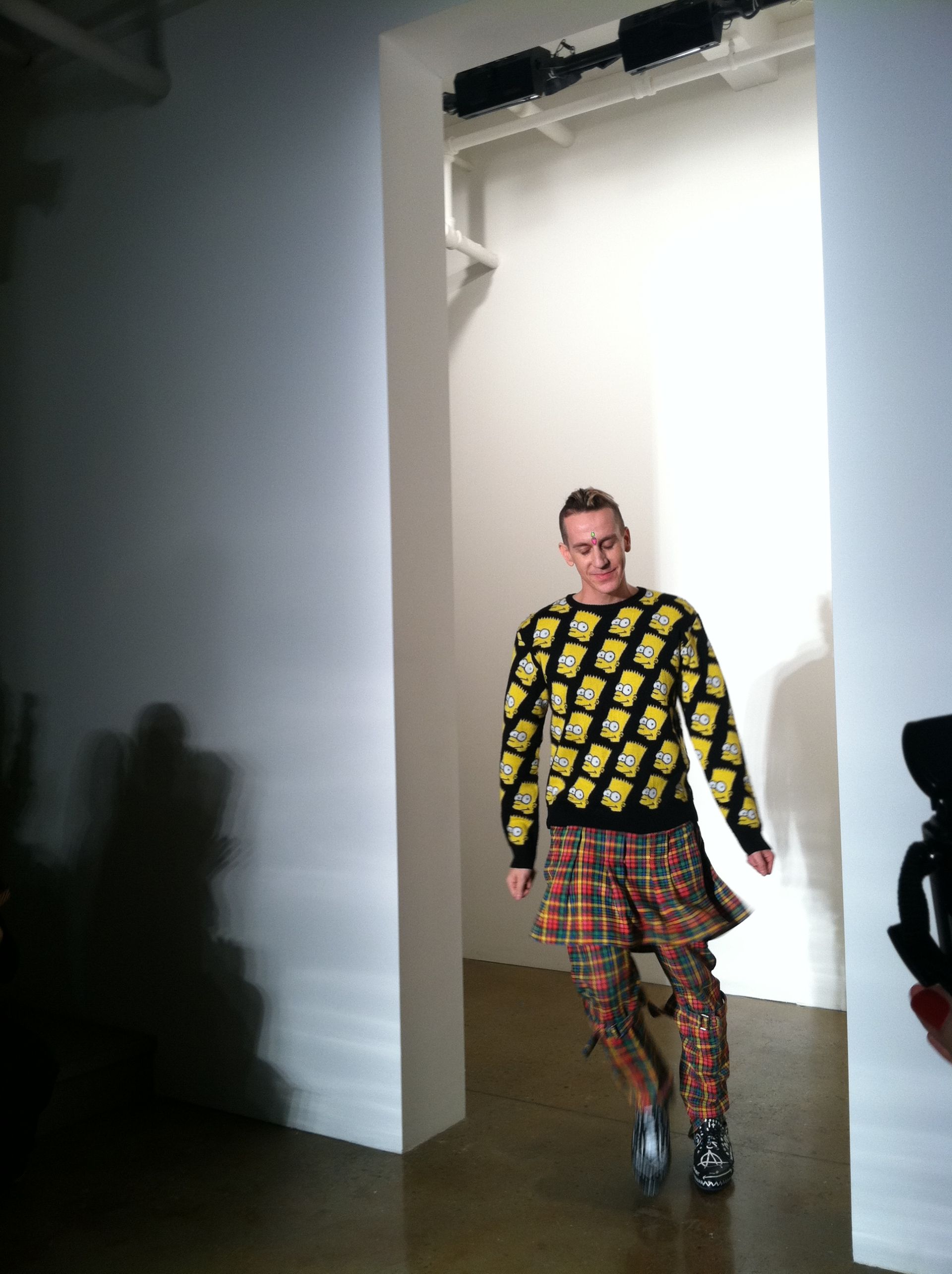 "I just called them up. I told them I was a huge fan. This was right around Christmas, and so things were really hectic, but they were amazing about it. I just loved Simpsons clothing from childhood, but it's been years since I'd seen anything like it." (Matt Groening was listed in the "Special Thanks" section of the show's notes.) 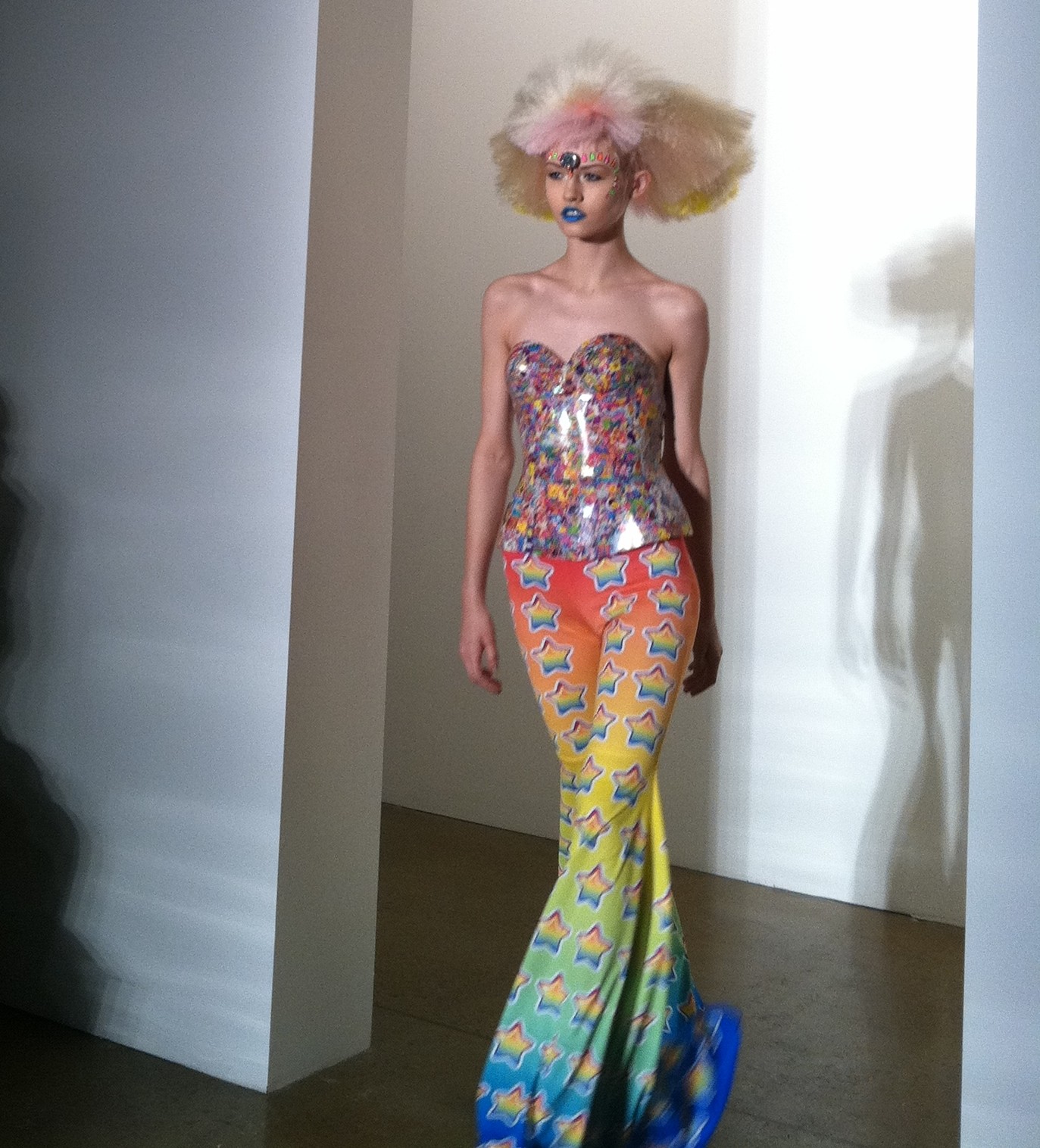 Which famous fashion interviewer told their assistant to bring them painkillers?
"The Advil!" this ubiquitous FW icon said while their cameramen shifted around uncomfortably. "Not the stuff in the other bottle; that's Vicodin."
Obviously, they were saving that for the after party. 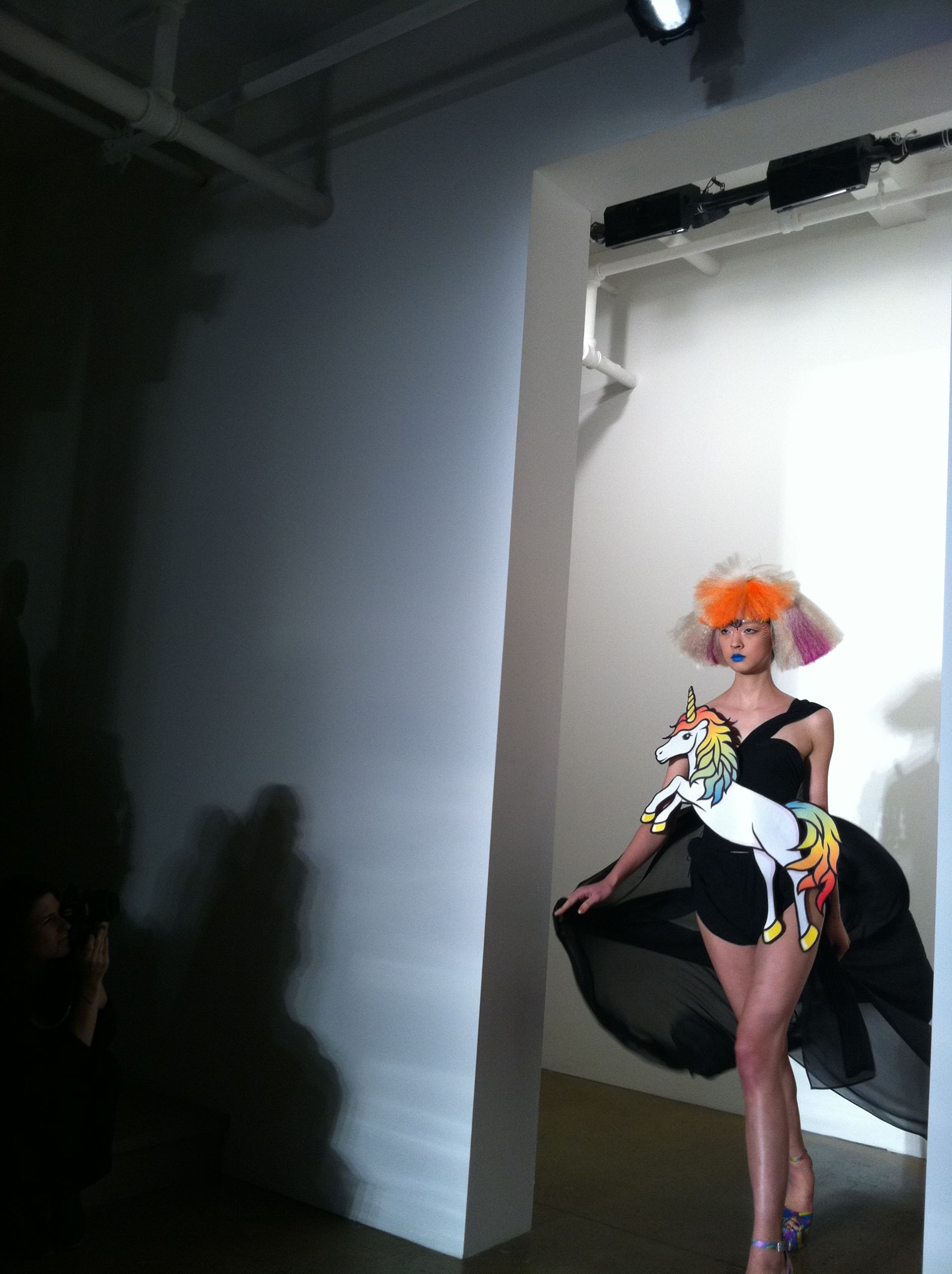 While waiting to talk to Mr. Scott, we noticed someone's iPad sitting on a table unguarded. Twenty minutes later, a small Asian man wearing clothes from Mr. Scott's line came by.
"Have you seen my iPad?"
We told him we had, and pointed at the table...except, no more iPad. Which is weird, since the only people that had been standing near us the entire time were a writer from New York Magazine and the Vicodin-loving fashion host's posse. And those two were standing in front of us, meaning that they would have had to snag it on their way out.
"Just don't look at us!" We said, offering the man a chance to look inside our giant bags. No iPad. We hope that it was just picked up by eagle-eyed security team members, because who steals stuff during Fashion Week? Everything is free! 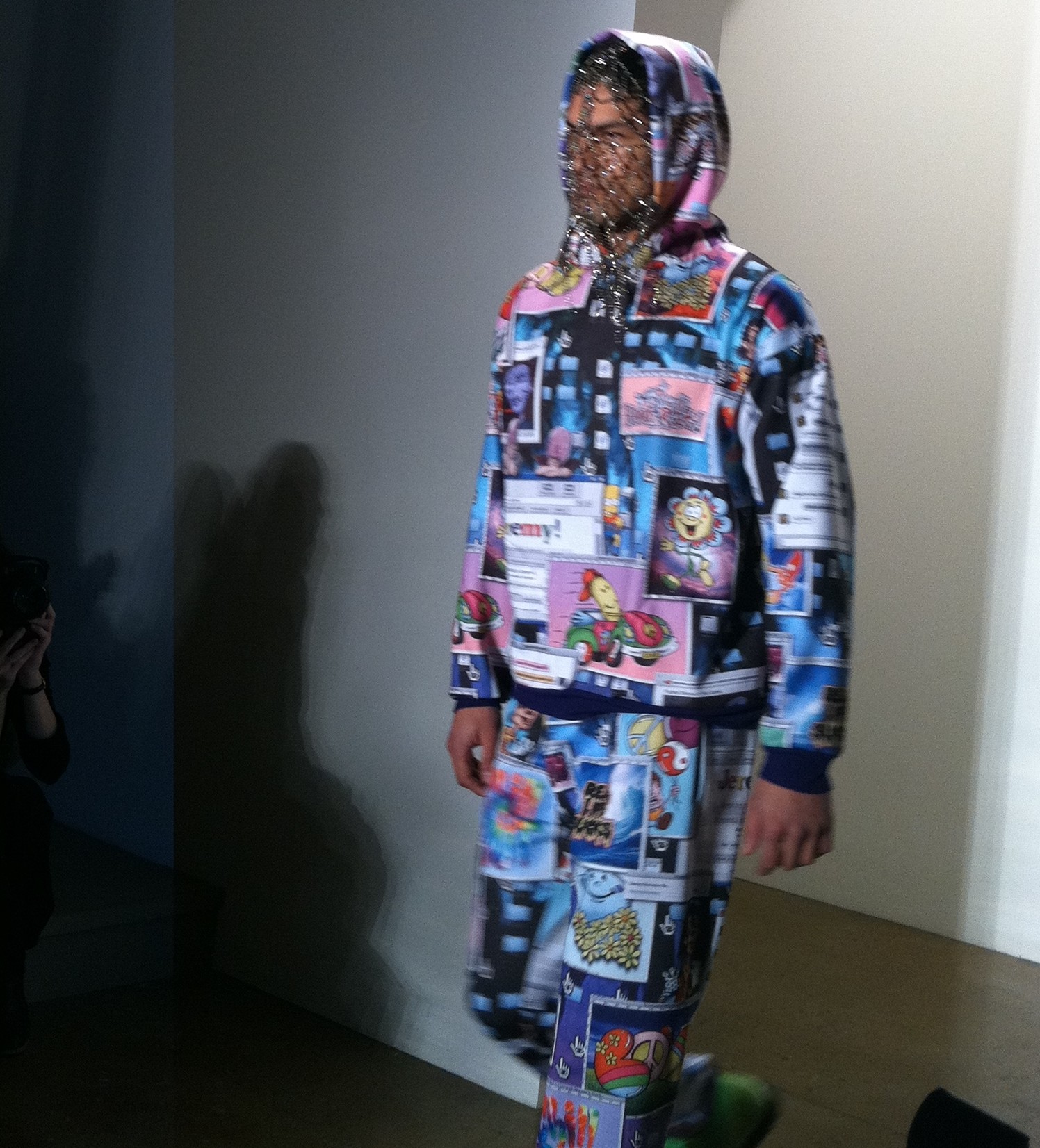 "You livestreamed the days leading up to the collection, you had Cobrasnake taking photos before the show...how do you plan on actually partying tonight?" The New York Observer asked Mr. Scott.
His response: "Ill be drinking more champagne than usual!"
We guess when the inside of your brain is a 24/7 rave, you don't need to act like Michael Alig. 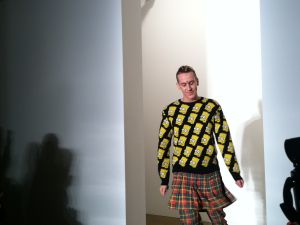 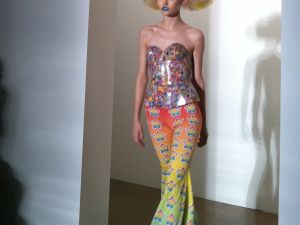 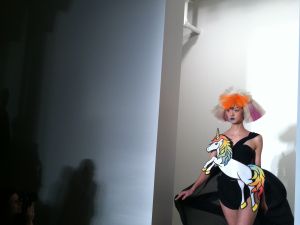 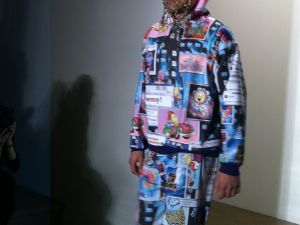 “Who is that guy wearing the American flag as pants?” we asked our seatmate, a Wall Street Journal writer (and former Socialiterank.com founder) Valentine Uhovski. We were sitting in the middle of the room in Milk Studios, waiting for Jeremy Scott‘s legendary fashion show to begin, and we were straining to see the celebs being snapped. We kept getting distracted by this guy’s pants, though.

If you’ve never seen a Jeremy Scott show, imagine the world’s best rave…which of course would take place in Tokyo. Add some nostalgic symbolism (The Simpsons, old Apple icons), a whiff of PCP, a soundtrack by Dov Charney’s former houseboy Jonny Makeup, and voila! You’re basically there. We were lucky enough to go backstage after the show to talk to Mr. Scott, who was being swarmed by fans, interviewers, and 20th Century Fox. And that’s when things got really weird.