When we first told you about Vibe, a New York-based pseudonymous mobile messaging app, last September, Occupy Wall Street was in full swing. In fact, Vibe app creator Hazem Sayed earned the nickname “White Hat” for walking around Zuccotti Park passing out flyers for his protester-friendly service. There was even an iPad hooked up to a projector showing hashtagged messages about #OWS.

Well, as TechCrunch reported yesterday, we weren’t the only ones to take note. Betaworks quietly acquired Vibe back in December. According to the blog, the deal was “likely in the low six figures, with Betaworks now owning a majority of Vibe.” In a post on the Betaworks Tumblr this morning, CEO John Borthwick wrote, “There’s no better feeling than falling in love,” noting that Mr. Sayed will stay on to run the company.

Unlike Twitter, Vibe offers iPhone users the ability to limit their messages, photos, or videos to a specific, geo-fenced location, ranging from a “whisper” (so only those people 165 feet around you can see) up to a “bellow” (visible to the whole wide open). What’s more, the service also offers a temporal option, so that posts can expire in 15 minutes or 30 days. Starting to see why it was so popular with the OWS crowd?

“Freedom of expression while mobile is what Vibe offers – whether at political protests, Q&A at conferences, group communication among students and coworkers, etc.  All are equally important,” Mr. Sayed said in an email to Betabeat this morning, adding, “Social anonymity will always be an optional and important part of Vibe.”

“Here was a simple, real-time, social application with an amazing ability to connect people, friends and strangers alike. In other words, just our kind of thing,” Mr. Borthwick wrote of the acquisition. Mr. Sayed told Betabeat, “Vibe fits in with betaworks’ interest and work in the real time social web – enabling it and making it more accessible.”

As TechCrunch pointed out, there are still some snags in the service. In order to see “vibes” on a map, for example, you have to download another app by Mr. Sayed called AskLocal. “I suspect betaworks is throwing additional engineers at Vibe to improve it beyond its basic concept,” said Erick Schonfeld.

Judging by Vibe’s stream of tweets once the news broke, the team had been just waiting to exhale. Fellow Betaworks companies like Chartbeat are already slapping their newest family member on the back.

after close analysis, we found it’s ON FIRE! MT @VibeApp @chartbeat Can you give us metrics the reach of this article? chart.bt/zjlz3U

Here’s what the Vibe projector looked like in Zuccotti Park: 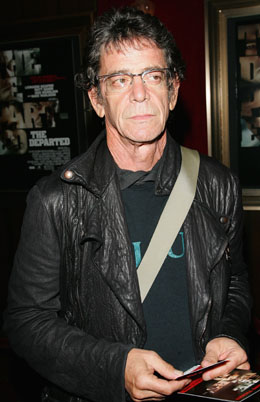